Say that with Goan bakers giving up business, non-Goan bakers have been flooding market with poor quality bread 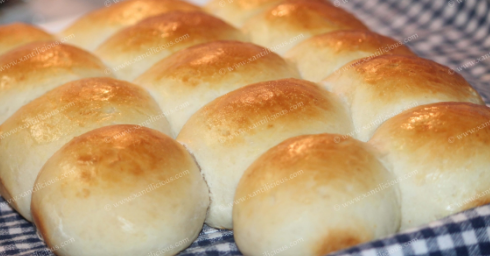 PANJIM: The demand for the hike in increase of the price of the local pao has been long pending. To the Goan community of bakers, it goes beyond just a price hike as they have been plagued with a host of issues that haven’t been addressed for a decade now.

The failure to do so by successive governments has deflated the businesses of these traditional Goan entrepreneurs so much so that many of them have left this trade for greener pastures.

According to them, there were 1,200 traditional bakers two decades ago and now there are around 500 to 600 local bakers, with non-Goans filling up the gaps but flooding the market with poor quality of bread.

In fact, AGAB members believe this should have been done years ago, given the ever-increasing costs of raw materials and other essential commodities in recent years.

They assert that now there should be no opposition to this move and that the public would be supportive of them in view of the difficulties they have endured.

“We start our work at night and by early morning, our ‘poders’ are up and about going house to house delivering bread. Some of them even go to the first floor or second floor of these buildings. This is an age-old service that has the respect and acknowledgement of the society at large,” said former AGBP secretary Gajanan Golatkar.

Others in AGBP questioned why the recommendations made in 2011 by the task force that was chaired by Dr Nandkumar Kamat continue to be ignored.

The task force not only deliberated and assessed all the problems faced by the bakers, but it had also outlined a detailed plan for supporting, reviving and promoting Goa’s baking industry. The views of AGBP members, including former association president (late) John Vaz, had been incorporated in this.

The task force had said that the local bread should be considered as local heritage and that it meets the nutritional demands of lakhs of people and so it is important to support the local bakers.

The government headed by the then Chief Minister Digambar Kamat, had accepted these suggestions aimed at stabilising the price of bread and a scheme to this effect was even notified by the Social Welfare Department in November 2011.

However, the governments thereafter, led by the former CM (late) Manohar Parrikar and incumbent CM Pramod Sawant had not taken this forward. Meetings were even held with the Civil Supply Ministers amongst several other follow ups with the government but nothing changed.

AGBP members say had these recommendations been executed, the ground reality of today would have been far different.

Amongst the many suggestions, the task force had recommended a package that would provide local bakers with 50 per cent subsidy on raw material, subsidised electric baking ovens to save firewood, 50 per cent one-time subsidy for purchasing bicycles and locally made bamboo/cane baskets, concessional rates for power and water tariffs and group insurance for their families.

Ten years later, the government is considering a similar set of demands.

Incidentally the present government has reduced the grant-in aid for traditional bakers and salt producers to Rs 10 lakh, which was Rs 100 lakh in 2012.

Bakers added that despite the lakhs of loaves sold per day, their profit margins are meagre to say the least with some of the local bakers barely breaking even due to the high costs involved.

AGPP president Agapito Menezes said that traditional bakers have had to also market baked confectionary products for their businesses to survive as just making and selling bread was no longer sufficient.

“There was a point in time where generations were trained in the art of baking and the income they would get from selling bread was enough to sustain the family. It’s not the same anymore. By supporting us, the government would have supported a traditional industry,” said another AGPB member.

When asked about what needs to be done now, Golatkar said the government should not provide a subsidy on wheat alone as has been suggested in the past and that such piecemeal measures would be inadequate. He insisted that assistance should be provided for procuring all raw materials such as flour, sugar, yeast and firewood and that the other legitimate demands should be met.

AGBP members concluded that ultimately for them to revive the industry, they need support that is due to them and it should not be a scenario where the government dictates terms to them.