Locals complain they have not been receiving mail since the Goan postmen were laid off, allege they are being called to the Post Office to collect their letters 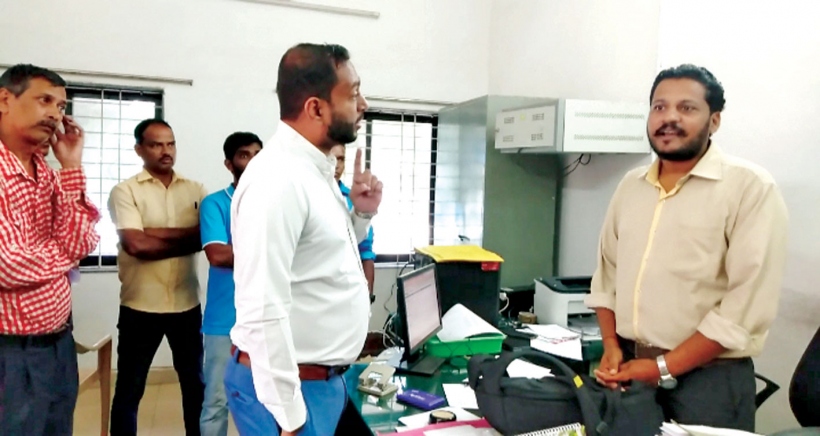 PONDA: Furious over the sudden dismissal of seven contract workers from the Ponda Post Office, residents from across the town rallied behind the agitating postmen, on Day 4, of their protest to be reinstated.

The fact that the seven, who had put in eight to eighteen years of service at the Post Office, were replaced by recruits brought in from neighbouring Maharashtra seems to have provoked the locals, who have now called on Union Minister of State and North Goa MP Shripad Naik to intervene, if he expected to be re-elected in the 2024 Lok Sabha elections.

“If MP Shripad Naik wants us to vote him to power during the next election, he should address this injustice and get the seven employees reinstated in their jobs, with fair wages.”

Naik had recently demanded that Goans be recruited in Central government offices in the State, failing which he would take action.

“The time has come for him to intervene,” said Advocate Hridaynath Shirodkar, who was part of a group of Ponda residents that gheraoed the Post Office in-charge on Thursday.

“Naik keeps talking about atmanirbhar (self-sufficient) Goa, and claims his government works for the downtrodden. However, it looks like we are stuck with a double-engine government that does not care about Goans,” said Shirodkar, calling for all three MPs -- Naik, South Goa MP Francisco Sardinha and Rajya Sabha MP Vinay Tendulkar to put their words into action, and get justice for the retrenched employees.

Social worker Viraj Sapre added that they would not allow them to conduct political meetings in Ponda, if they could not extend their help when their voters needed it.

“Why do the Central government leaders come here if they can’t solve the problems of Goans? They should raise this issue at the Central level and get these men their jobs back,” said Sapre.

Meanwhile, locals also claimed that they were not receiving their mail, since the seven Goan postmen were retrenched. Former Sarpanch of Curti Khandepar Shailesh Shet, told reporters that he had been called and asked to collect his mail at the Post Office.

“Laying off Goan people from the jobs they have been performing well, is not a good sign. The people are complaining that they have not received any mail for the past three days, and that they are being called up, and asked to visit the Post Office in-person, to collect their letters,” said Congress leader Rajesh Vernekar.

When questioned about the lapse, the Post-Office in-charge denied the allegations and said that mail was delivered to recipients in time.

The in-charge also said that it was a Central government decision to retrench the local employees, and replace them with candidates who have cleared the relevant exams at the national level.