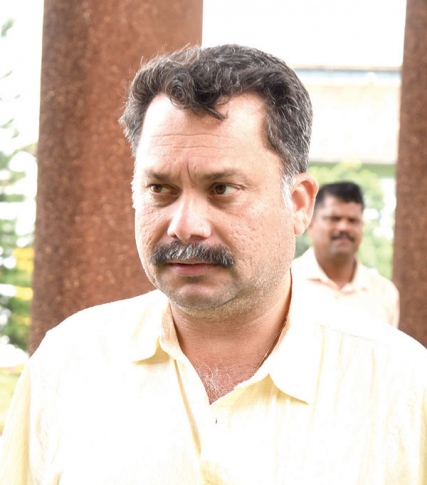 PANJIM: On the occasion of Goa Revolution Day, Herald spoke to Power Minister Nilesh Cabral on how he has been instrumental in bringing a revolution in the power sector of Goa and he claimed that Goa will receive uninterrupted and reliable electricity with the commissioning of the Goa Tamnar power transmission project.

Over the years Goa has witnessed a dramatic rise in the commercial and domestic consumption of power.

Once commissioned and made operational, the Tamnar project will provide an additional 400 KV feed to Goa from the Southern Grid and improve this touristic State’s power situation and bring reliability and redundancy.

Cabral said that the Goa Tamnar transmission project is needed for the State given the increasing number of consumers -- both domestic and commercial every year. Goa has not experienced frequent power cuts for long hours like neighbouring Maharashtra, which is experiencing power shortages for seven to eight hours per day.

Cabral stated that Goa’s power requirement is increasing five per cent every year in the last 10 years.

Even during the current pandemic Goa’s power requirement is 697 MW per day and with an increase of five per cent every year it will increase to 731 MW next year and 890 MW in the coming fourth year.

“People of Goa are suffering because of some vested elements, which are simply creating an issue for infrastructure works. We are not producing our own power. We will not be allowed to put up coal-based neither we will be allowed to put up nuclear-based power plant in the State,” said Cabral  strongly advocating the need for the Tamnar power transmission project to create an additional source of power for the State.

“During my tenure, I took initiative and started State Load Dispatch Centre (SLDC) and the electricity department saved almost Rs 12 core to Rs 13 crore in the first financial year. Now with constant monitoring we are saving Rs 2crore to Rs 3 crore every year”, Cabral said.

The Minister stated that the Tamnar power transmission project does not pass through the Mollem National Park and it involves a minimal unavoidable passage of 2.51 km through Bhagwan Mahaveer sanctuary. All the measures have been taken to mitigate its impact on nature and wildlife.

The Minister said that in order to provide efficient power supply to the people the government had decided to upgrade all power sub-stations across Goa and the work of upgrading two sub-stations will be tendered soon.

The electricity department has also prepared estimates for the proposed 33 KV and 11 KV underground cables and these works will be prioritised. The work of laying underground cables will be undertaken in the areas where people face lot of difficulties, forest cover and areas having salinity.

Cabral said that instead of replacing old overhead power cables, which were put up 30-35 years ago had now become brittle, the government has will decided to lay underground cables.

Once commissioned and made operational, the Tamnar project will provide an additional 400 KV feed to Goa from the Southern Grid and improve this touristic State’s power situation and bring reliability and redundancy.

Cabral cautioned that if Tamnar transmission project is not commissioned the increasing number of consumers, both domestic and commercial Goa will face frequent power cuts within next three to four years and neighbouring Maharashtra which is experiencing power shortages for seven to eight hours per day will receive power 24x7.