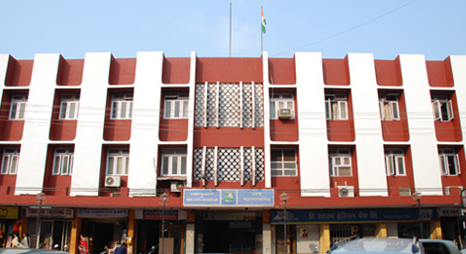 PANJIM: After High Court ordered that Campal Parade Ground be restored to its original status by clearing the legacy dump, the Corporation of the City of Panaji (CCP) has urged the State government to provide an alternate site to dump the waste.

The CCP has demanded that government should make available a mining quarry, seeking appropriate permission from Goa State Pollution Control Board (GSPCB) to dump the debris.

Speaking to the media persons, City Mayor Uday Madkaikar said that the High Court of Bombay at Goa has directed them to restore the Campal Parade Ground to its original status after shifting the dumped un-remediated and remediated waste to alternative authorised sites. “But we don’t have any site in Panjim or in an around,” he said.

Madkaikar said that Commissioner Sanjit Rodrigues has written to Government to provide an alternate dumping site.

“It is not possible to treat the entire dump, lying at Campal Parade Ground in absence of dedicated waste management plant. Hence, we will have to shift the waste,” he said.

CCP has already informed to the High Court that un-remediated waste dumped at the parade ground will be shifted to alternate dumping site behind the Heera Petrol Pump while the remediated waste will be transported to cement factories in Karnataka in a phased manner.

The Court directed that the entire process should, as far as possible, be completed by November 2020 so that the parade ground could be used for Liberation Day on December 19, 2020.

Meanwhile, speaking about the government decision to keep on hold Bainguinim plant, Madkaikar said, “We understand the financial situation of the government and hence we would request that post COVID the facility be given priority”.