Persons who have not taken vaccine surprised at announcement; Want data to substantiate the declaration 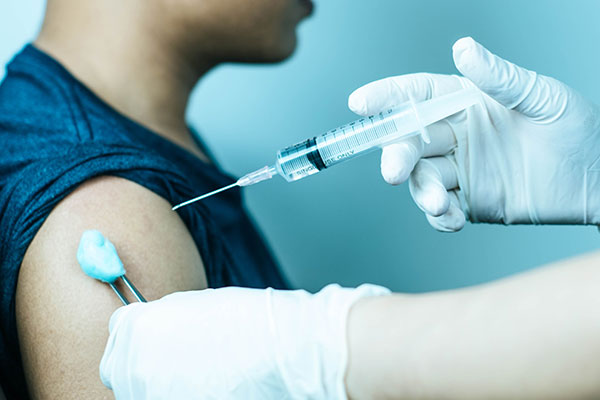 PANJIM: A section of society has questioned how Chief Minister Dr Pramod Sawant could announce that 100 per cent of the population was vaccinated when there are Goans, spread out across the State, who haven’t taken the first dose of the vaccine.

While some of these Goans are part of anti-vaccine groups, like the Awaken India Movement, some others showed vaccine hesitancy as they have co-morbidities and believe the vaccine can do them more harm than good.

The latter have also linked the recent spate in heart attacks and other ailments as side-effects to taking the vaccine although medical experts have debunked these theories, stating that it is safe and can reduce the severity of Covid if they get the infection.

Taking electoral roll data into consideration, Sawant had announced that 100 per cent of the local population had taken the first dose. Prime Minister Narendra Modi and others, like Union Highway Minister Nitin Gadkari, have praised the Goa CM for this feat.

Those who have not taken the vaccine were even more surprised at this as they are voters and want to now check if their names are still there on the electoral roll to clear any doubt.

He said if the government wants to make such an announcement, they should provide more information about how they came to this conclusion so that it can be cross checked.

“There have been many people who are not from Goa who have taken the vaccine, which is fine. The question is what are the exact numbers of Goans that have taken the vaccine and the number of non-Goans in the list of persons that have taken vaccine doses in Goa? Secondly, how did they determine the number of voters who are not in Goa at present? Just so we understand the basis on which the government made this claim,” said Avdhoot Shirodkar, a businessman who insisted that his queries should not be misinterpreted as mischief or politics.

The anti-vaccine groups on the other hand have already been active in protesting any move by any institution or the government to make vaccinations compulsory for staff/students and cite a Manipur High Court judgement that has ruled out State orders for mandatory vaccination. They too expressed their reservations with the government’s claim given that they know of a relatively small but sizable group of Goans who have not taken a single vaccine dose.

Leader of the Opposition and Congress MLA Digambar Kamat has questioned the claim of the State government of achieving 100 per cent vaccination for the first dose following the tweet of Prime Minister Narendra Modi praising the Goa government for this achievement.

“The claim made by Goa Chief Minister Dr Pramod Sawant of 100% Covid vaccination to eligible population is one more lie. This should be added to the ‘pack of lies’ of the BJP-led State government. The insensitive national BJP first declared Goa as Open Defecation (ODF) Free. The Central BJP government later announced that Goa is connected with tap water in every household. The lies continue...,” Kamat said.

“There is nothing special in Prime Minister Narendra Modi congratulating Goa CM Dr Pramod Sawant based on a false statement made by Union Health Minister Mansukh Mandaviya on 100 per cent Covid vaccination to all the eligible population. BJP Government is known for making big announcements without actually performing or accomplishing the task,” Chodankar said.

Reacting to the tweet of Prime Minister Narendra Modi congratulating the State of Goa for achieving 100% vaccination, Health Minister Vishwajit Rane said he applauded the team who worked towards making this happen.

“I thank the people of Goa for accelerating our mission of 100% vaccination with first dose. Applaud the tireless efforts of our doctors, nurses, ANMS, MPHW for mass level initiative on vaccination & ensuring all citizens are inoculated with first dose of vaccine against Covid-19,” Rane tweeted on Saturday along with a picture of the PM and vaccination drives.

“In our mission of 100% vaccination, let's not forget the unsung heroes, our ‘Anganwadi Workers’. They did a commendable job with their outreach initiative & grassroots level program to ensure people from remotest areas are vaccinated & citizens are sensitized on Covid Vaccine,” Rane added.