Show cause notice issued to DCF 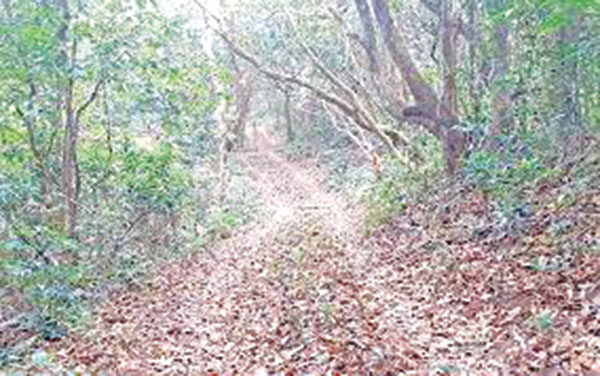 PANJIM: The Forest department on Tuesday suspended the Range Forest Officer (RFO) Vivek Gaonkar, on duty at Vagheri Hill in the Western Ghats, for failing to stop the hill cutting work in the eco-sensitive zone despite directions.

A show cause notice has also been issued to the then Deputy Conservator of Forest (DCF) Santosh Fadte for violating directions. Seeking reply within seven days, DCF is asked to show cause as why action should not be taken against him.

Speaking to Herald, Principal Chief Conservator of Forest (PCCF) Rajiv Gupta said said that the work at the site has been suspended, until further orders.

Forest Minister Vishwajit Rane had on Monday night directed PCCF to suspend RFO and show cause DCF over ongoing work at Vagheri Hills.

Rane had said that despite the forest department taking action and stopping the work at Vagheri Hills, some people have taken law in to their own hands and resumed work without permission from the Town and Country Planning (TCP) department and Forest Department.

Rane has directed DCF to keep an eye on the lapses happening in the department; such lapses will not be tolerated.

Following media reports, the forest department had earlier this month inspected the Vagheri hill cutting site and found that the work is being carried out without permission. Trees were being cut down without permission, in violation of Section 8 of Goa Preservation of Trees Act, 1984.