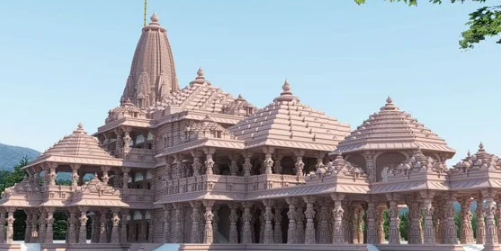 PANJIM: With Prime Minister Narendra Modi set to lay the foundation stone for Ram Temple in Ayodhya on August 5, Chief Minister Dr Pramod Sawant said that it is a “matter of pride”.

“It is a matter of pride that PM Modi will lay the foundation stone of Ram Temple in Ayodhya. It was a dream of devotees of Lord Ram and its finally being fulfilled now,” he said.

Sawant said that the Vishwa Hindu Parishad (VHP) has given him the soil from Rudreshwar Temple for construction of the Temple and the same will be sent to Ayodhya.

“It is a moment of proud privilege that the scared soil from the auspicious Rudreshwar Temple will be used in the foundation of the Ram Mandir,” the Chief Minister tweeted.

Sawant also said that the people from Goa have also contributed by offering Kar Seva during the movement of Ram Temple, so it is also a huge moment for the State.

The proposed Ram Temple in Ayodhya will be 161-feet tall with five domes and would be modelled on the basis of the design proposed by the Vishwa Hindu Parishad (VHP).

The VHP’s Ram Temple model has been designed by renowned architect Chandrakant Sompura.