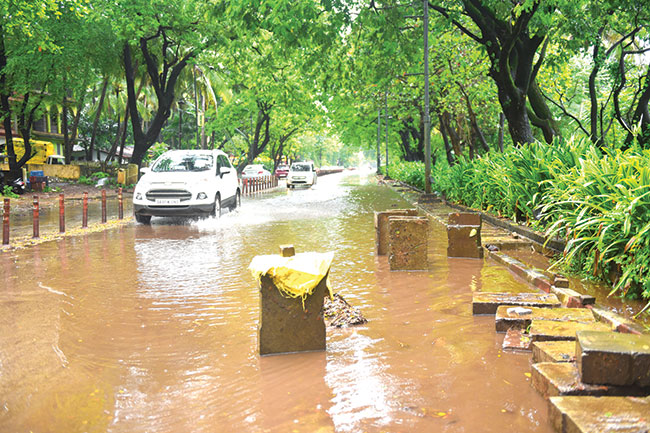 PANJIM: Goa’s seasonal rainfall breached the 150 inch-mark on Monday as the State, on Red Alert, received extremely heavy showers. Nearly four inches of rains were recorded in the last 24 hours.

With heavy monsoon activity likely to continue till September 24, the Indian Meteorological Department (IMD) Goa Observatory has warned that continued rainfall can affect areas vulnerable to weather-related disasters in the form of localised flooding, swelling of rivers, mudslides, etc.

Goa has been receiving continuous showers since Sunday morning, with over 4.70 inches of rainfall recorded in 48 hours. So far September had reported weak rainfall activities with 18 inches of rains till Monday.

The State’s seasonal rainfall till date has been 153.48 inches as against its average trend of 113.8 inches for the period, which is 35 per cent over normal. In 2019, the State’s total rainfall had been 160 inches.

IMD said that a low pressure area over Northwest Bay of Bengal and adjoining North coastal Odisha and an east-west shear zone above mean sea level has developed leading to heavy rainfall.

As reported earlier, the rains are likely to enjoy an extended period this year as the four-month long weather phenomenon is set for late withdrawal. 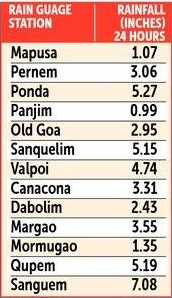