The next general election is closer than you think. The politicians are cooking up their peculiar recipes. It is time for Goans to stand as one against the onslaught on our identity. TEAM HERALD sends out a call for a change to preserve the weakening individuality of Goa 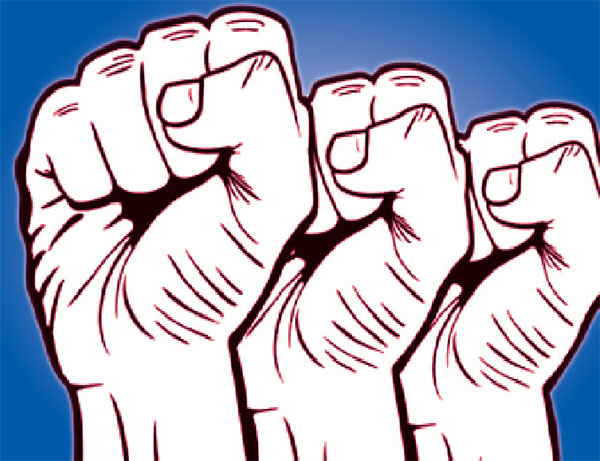 As the Voice of Goa, it is Herald’s bounden duty and responsibility to give a clarion call to all the sons and daughters of this red soil of Goa to preserve whatever is remaining of our mankullem Goem that we all so love. The reason for this is that coming our way a little over a year from now is the one opportunity for us to change the direction that Goa has been taking.

The State Assembly elections will present Goans a chance to choose proper legislators who will stand by Goa. The 2022 Assembly elections are crucial, for if we Goans do not act decisively and if instead we allow ourselves to be fooled, as we have allowed it in the past, not only we as people, but even our beloved Goa will slide to become a distant memory.

There are still about 16 months before Goa elects a new government, you, the reader may think it is too early for this call, but political activity has begun to simmer in the State. Exisiting political parties are scouring the constituencies for potential candidates, and past politicians are seeking to make a comeback to the arena.

The 2022 elections could perhaps be the last opportunity that Goenkars have to retain what is left of their beloved Goem. What is at stake is the future of Goa – the idea of Goa that was rooted in land in 1967 when Goans voted to remain an Union Territory but whose roots have been snipped by the constant erosion of the red soil of the land through votebank politics that promotes migration and an electorate that merely blinks at what is happening.

Over the years Goa and Goans have suffered as its MLAs, irrespective of the party they represented, have only been bothered about their self-interest. As a result Goa has had to contend with political defections, with the party bosses from Delhi imposing projects on Goa, government policies that forced the sons and daughters of the soil to migrate overseas, an industrial policy that gave precious Goan land to industrialists who only provided jobs to migrants resulting in the migrant population nearly equaling the ethnic children of the soil and Goan culture swept aside.

Against this background, a few individuals do stand up and raise their voice for Goa, a few others follow them, but the vast majority is so wrapped up in the short term goals of immediate survival that the long term aims of the land are ignored. This plays out at election time, when votes are garnered by the promise of jobs and the exchange of mentary benefits. The wrong persons are elected and the wrong policies are tabled, the wrong laws enacted.

Do we, for instance, need 61 dams in the Mhadei basin? Can’t that same money be used to keep our culture – the tiatr for instance – alive? We don’t need our railway lines and highways to be used for coal transportation. We don’t need our trees being cut for projects that will benefit others more than Goans. Who will protect Goa?

Enough is enough. The 2022 election has to change the political system, where parties that play politics with Goem and the Goenkar are booted out and only those that stand by the land remain.

To emerge from this quagmire, Goa needs a party and leaders who decide in Goa what is best for it, not parties that are dictated to by the parent organisation in New Delhi. The State has had a long experience of how national parties juggle between what the people want and what the Centre wants. This has to stop. It has to be the people here who decide their future and that of their land. There is space for a regional political party.

In recent days, AAP has displayed the willingness to step into that space. It has convincingly won Delhi twice, but despite a sustained campaign in 2017 in Goa was unable to make a mark in the State. AAP has delivered in Delhi, but Goa is not Delhi, and Goans aspire for a home-grown party that will have the courage to tell the Centre that it cannot and will not endorse the decisions taken by party bosses in Delhi.

But where is that regional force in Goa that can stand for the land we love? Where is the local Goemkar who will protect our social and cultural heritage against the onslaught of development? There still is time, that force can rise.