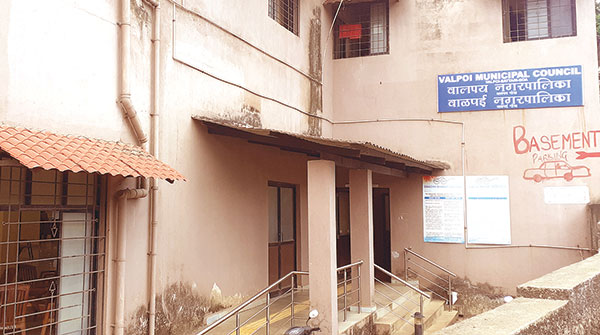 VALPOI: This time a number of rooted BJP and Congress-backed councilors of Valpoi Municipal Council (VMC) will not able to contest from their wards as this time their home turfs are either reserved for OBC or Woman contestants.

Among others, the whole reservation plan upsets political bigwigs like outgoing VMC chairperson Akhtar Shah who is also a BJP senior leader, and the outgoing councillor Atul Dantye as their wards have been changed from general to OBC (Woman) and OBC respectively.

People residing in Valpoi are extremely disappointed by VMC as it failed to solve any problem of the poor people or getting them good schemes in last 30 years as promised.

The State election commission has released the list of all 10 wards of Valpoi Municipal council according to which wards 3 and 8 are reserved for OBC, while wards 4, 8, and 10 are for women. Akhtar Shah who had contested from ward 8, and Atul Dantye who represented ward 3, will now need to look for a new ward. While ward 10, which is represented by Shezin Shaikh (General) and Rashikant Chari's ward 4 are reserved for woman this time.

However, many councillors expressed their satisfaction over this development. “There are some prominent leaders who will not be able to recontest from their wards but we welcome the decision of the state election commission. The commission must have adopted a formula as per the law”, says a senior councillor. Some old faces are now gearing up to contest from their respective wards, challenging the councillors whose seats are retained.