‘Taleigonkar Ekvott Against Merger’ has warned to take to the streets if the government goes ahead with the proposal and pointed out that the decision, if implemented, will lead to major chaos and increase in taxation 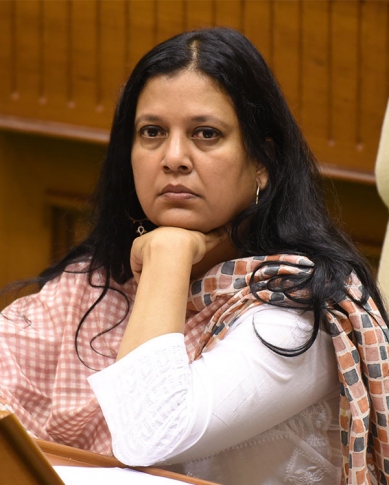 Panjim: Following growing unrest amongst the villagers, the Minister for Revenue and Taleigao MLA Jennifer Monserrate on Tuesday announced that there is no proposal to merge Taleigao panchayat with the Corporation of the City of Panaji (CCP).

HERALD had reported about a proposal being moved to the State government to increase the jurisdiction of CCP with the inclusion of the entire Taleigao panchayat into the City Corporation. The proposal was to increase the total number of wards to 50 from existing 30.

The CCP at present consists of 30 wards of which 21 are part of Panjim constituency, while nine fall in Taleigao.

The move, however, has been strongly opposed by the people of Taleigao, who claimed that the decision will lead to major chaos and an increase in taxation.

In an official statement issued, Monserrate said “this is to assure the people of Taleigao, that there is no such proposal of merging the Taleigao panchayat with the CCP”.

Panjim MLA Atanasio Monserrate too ruled out any such plans, stating that there was a proposal since 2002, ‘when the then Chief Minister (late) Manohar Parrikar wanted to merge Taleigao with CCP”.

“At present there is no such proposal or plans,” the BJP MLA said adding ‘Taleigao MLA and I know what is best for the people of our village’.

Meanwhile, the Taleigao villagers under the banner ‘Taleigonkar Ekvott Against Merger’ (TEAM), has strongly condemned the move and has warned to take to the streets if the government goes ahead with the proposal.

Addressing media persons, Adv Pundalik Raikar, convenor of TEAM, said that the villagers have come to know through media reports as well as the panchayat members about the proposal to merge Taleigao village in CCP.

“We strongly oppose this. The people of Taleigao have been kept in the dark about this entire move,” he said.

Raikar said that inclusion of Taleigao into CCP will lead to chaos with increase in house tax from existing Rs 30-50 to Rs 3,000.

Pointing to the CCP Act 2002, Raikar said that the Section 1 of the Act speaks about the areas that could be included in the City Corporation and this include Penha de Franca, Soccoro, Salvador de Mundo, Bambolim, St Cruz, etc. “However, the Act does not speak about Taleigao,” he said.

He added that if the govt wants to increase the jurisdiction of CCP, then it should include areas mentioned in the Act only.