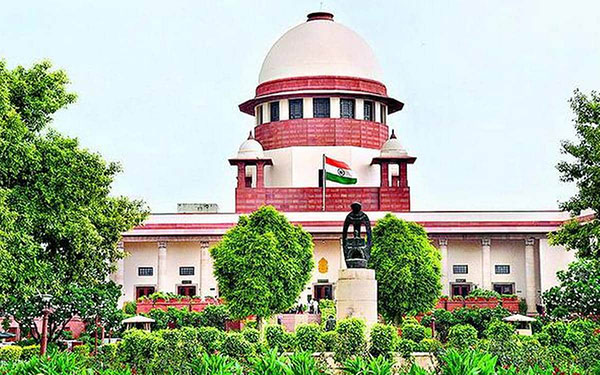 VASCO: The Supreme Court on Tuesday ordered status quo on demolition of structures that have cropped up in and around Dabolim airport, until further orders.

As many as 44 residents from Chicalim and surrounding areas had filed a special leave petition (SLP) before the Supreme Court seeking a stay on the High Court of Bombay at Goa judgment directing demolition of “illegal structures” built in and around Dabolim airport in order to ensure flying safety. The High Court in its order in February 2020 had held that these buildings were posing danger to flights and ordered its demolition. 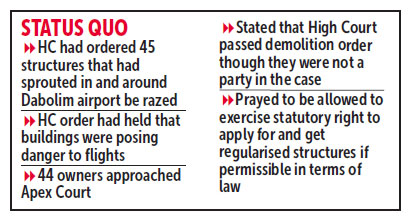 The High Court had also dismissed impleadment applications of 45 residents stating that regularisation of such illegal structures cannot be allowed by the authorities.

It is learnt that as many as 45 structures which had sprouted in and around Dabolim airport had to be razed but 44 owners approached the Apex Court and obtained a stay order. The one structure wherein the owner refused to file SLP in the court would be demolished as per the High Court order.

These petitioners said that they were constrained to approach the Supreme Court after the High Court passed the order for demolition of their buildings structures while they were not made a party in the case. They have prayed that it be allowed to exercise its statutory right as available in law to apply for and get regularised their structures if permissible in terms of law.

While ordering status quo on a petition filed by Mohamed Rafi Kashikunti and others, the three-member Bench comprising Justices L Nageswara Rao, B R Gavai and A S Bopanna issued notices to respondents Alexander J Michael and others.