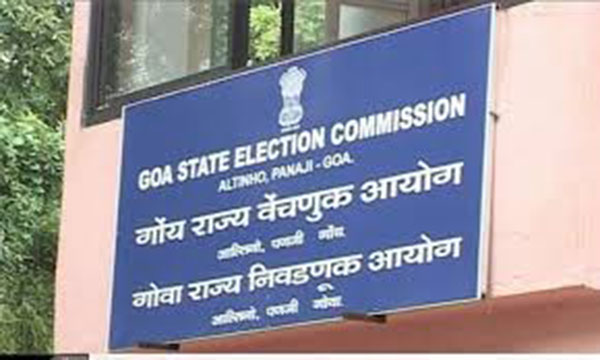 PANJIM: Adhering to the recent Supreme Court judgment, the Goa State Election Commission (SEC) has submitted a proposal on seat reservation to the government, by de-reserving other backward class (OBC) seats and treating these as general, pending the ‘triple-test’ formalities, which would be adopted ‘in all respects’ and reckoned for future elections. The proposal has, however, reserved seats for Scheduled Tribe (ST) and Scheduled Caste (SC) members based on the population composition.

A detailed proposal on seat reservation was forwarded to the State government on Monday for comments. The government has decided to seek the legal view of Advocate General Devidas Pangam on the reservation proposal.

“SEC has submitted a proposal adhering to the Supreme Court directions. SEC has de-reserved OBC seats as general and has prepared the reservation,” a senior official told Herald.

A three-member bench comprising Justices AM Khanwilkar, AS Oka, and CT Ravikumar, in a matter related to local body elections in Madhya Pradesh, had said that “successive directions given by this Court to the State Election Commission to speed up the election process in respect of local bodies where elections are due/overdue and to proceed without providing reservation for Other Backward Classes (but limited to the constitutional reservation for SC and ST) until the completion of triple test formality by the State in all respects”.

“As and when, the formalities of triple test are completed, that can be reckoned for future elections to be held thereafter. However, elections which are already due need not and cannot be delayed on that (triple-test) count in view of the constitutional mandate,” the bench said in a verdict passed on May 10.

Elections to 186 panchayats in the State are due before June 19. The State government had tentatively scheduled the polls on June 4; however, it now intends to postpone the elections by nearly six months, citing the ‘triple-test’ mandate laid down for OBC reservation by the Supreme Court.