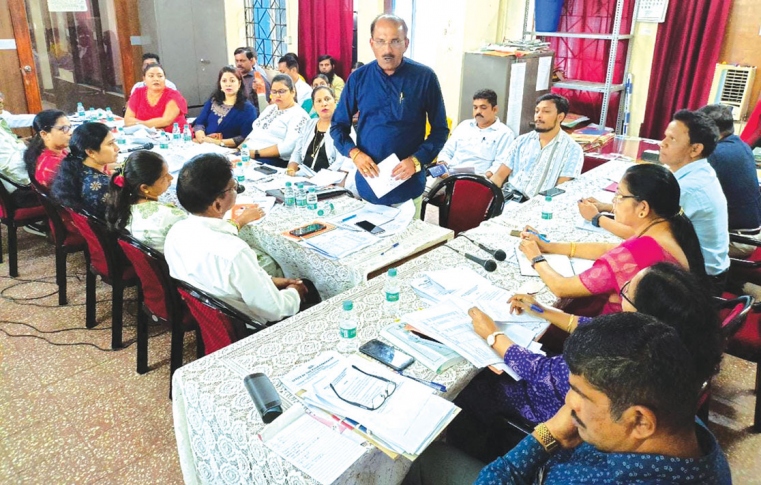 MARGAO:  The South Goa Zilla Panchayat (SGZP) members have requested SGZP chairperson Suvarna Tendulkar to ask the government for permission to use their grant of Rs 24 crore for ZP-related

development works, instead of returning the funds as ordered.

The State government had written to the SGZP, asking the body to return the ‘administrative funds’ of Rs 24 crore that was granted to it in the past.

Tendulkar informed reporters post Wednesday’s meeting that they have sought an appointment with CM Pramod Sawant next week to discuss a host of SGZP demands, along with this issue. Tendulkar pointed out that the SGZP had fully utilised the Rs 2.80 crore that was granted to them by the 15th finance commission and added that the body had received the next sum of Rs 2.80 crore and was uploading the works they plan to take up with those funds.

She added that the body has issued 284 tenders out of which works of 161 tenders were completed. The ZP members also demanded that engineers give a competition certificate for works taken up by SGZP.

There were other demands discussed such as getting doctors for government medical centres in Velim and Netravali, starting KTC buses on routes where they are needed (like between Ponda and Nirankal-Dabal) as well as the recent notification of eco-sensitive zones spanning entire villages.

---
Rivona ZP member calls on SGZP to support IIT project at Sanguem
MARGAO: Taking a dig at the anti-IIT protests by the farmers of Sanguem, BJP Rivona ZP member Suresh Kepekar asked the South Goa ZP members to pass a resolution to extend their support to the government’s plans to construct the IIT campus at Sanguem. He added that Sanguem is known for being behind in development and remaining ‘backward’ and that the IIT project would usher in development. SGZP Chairperson Suvarna Tendulkar said she would convey this resolution to the government.
Related news