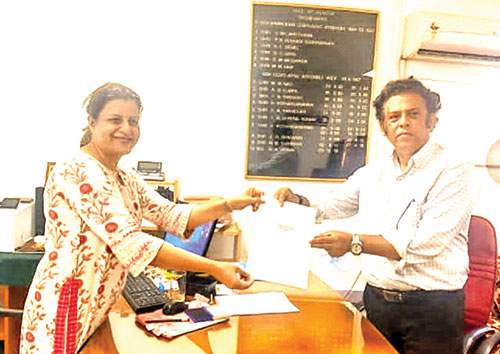 Transgressing all parliamentary norms, one fourth of the MLAs of the Seventh Goa Legislative Assembly have resigned ahead of the February 14 Assembly Elections. Goa.  This is for the first time, The State politics is facing an unprecedented situation, where 10 MLAs in a 40-member House have resigned. What is worse is that this is not the end of the story and more resignations are to follow in the days to come, especially after the ruling Bharatiya Janata Party (BJP) announces its list of candidates, which the party is holding close to its chest.

These are seen as intensely political moves, aimed at safeguarding and satiating individual power ambitions and have nothing to do with ideological disagreements, which are generally the reason for changing sides in established democracies.

Out of these 10 who quit the Goa Assembly, four MLAs are from the BJP, three are from the Congress, two are independents and 1 is from Goa Forward Party. The lone NCP MLA Churchill Alemao has claimed to have merged his party’s legislature wing with the TMC.

It is quite certain that more resignations are expected in the days to come. Art and Culture Minister Govind Gawde is expected to resign and join the BJP. Likewise a few resignations will be expected after parties declare their final list of candidates and individuals go scampering for tickets to other parties. Needless to say this will be one of the few elections in which the voters will be thoroughly confused in selecting their candidates on D-day.