Roadmap for lockdown extension after PM’s address to the Nation; Rs 6000 each paid to 8000-odd construction labourers for loss of jobs 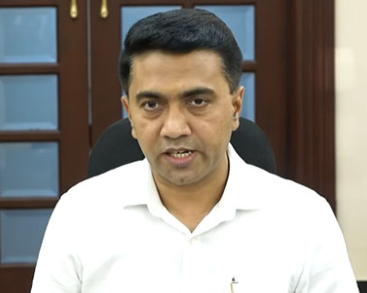 PANJIM: In a first positive response on the seafarers’ issue, Chief Minister Dr Pramod Sawant on Monday said the State government has started arranging for 8,000 ‘paid quarantine’ facilities for the seafarers.

Following demands from citizens and families of seafarers, the State government has approached the PMO and the Ministry of External Affairs for repatriation of Goan seafarers, who are 8,000 in numbers and are stranded in different parts of the world.

Addressing the media, Sawant said the State cannot decide on the seafarers’ issue but is still actively taking it up with the Centre. “Our nodal officer for seafarer’s issue, Director of NRI Commission, is in constant communication with the Centre on the issue and hopefully something will happen soon,” he said.

The Chief Minister further said that the government has asked the Tourism Secretary to arrange paid quarantine facilities for 8000-odd seafarers, if they are brought back to Goa. “Secretary Tourism is in talks with private accommodations for paid quarantine facilities,” he stated, adding, “Once the Centre takes a decision, the State will decide on the protocol for bringing back seafarers.”

“All measures taken for social distancing of employees have been taken and the government has pressed 206 Kadamba buses for transport of employees,” he said.

CM has also declared that no public services will be open from April 15 and people must not visit government offices.

Sawant, meanwhile, announced that 8,641 construction labourers have been paid Rs 6,000 each as per the assurance given on their 21-days salary, which they lost due to the lockdown. “Payment of 752 labourers was rejected due to wrong IFSC code and the same will be deposited soon after correction of IFSC code,” he said.

Sawant also said that he spoke to all five cured COVID-19 patients in Goa and said they are doing quite well. “All cured COVID patients need counselling. They are a bit down as immunity is lost and also due to social stigma,” he said.