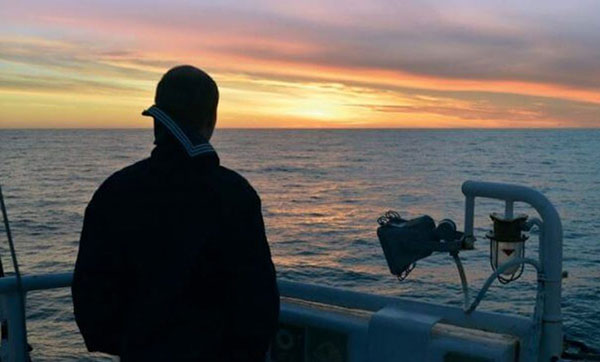 MARGAO: The Goan Seamen Association of India (GSAI) protested at the Freedom Fighters Memorial near Cuncolim bus stand over State Government’s failure to restart the seafarers’ welfare pension scheme for the retired seafarers and widows.

The seafarers criticised Chief Minister Dr Pramod Sawant for failing to hear their voice and demanded that the Cuncolim MLA should take up the matter with the government.

Holding placards, the retired seamen and widows took out a rally on foot slamming the government and called for restarting of the scheme.

"We are in Cuncolim, we will go to St Cruz, Nuvem, Cumbarjua, Quepem, and other constituencies. If you don't care for senior citizens what will you achieve, what will be your development," asked GSAI chairman Frank Viegas.

Frank asked the Cuncolim MLA to take up the matter and deliver justice to the senior citizens.

“This pension for seafarers isn't given casually. There is an eligibility criterion. 120 months or 10 years of sea service is needed to avail the pension, which you have stopped,” Frank added.

“What will the people do without a pension? We are without it for over a year now. It was our rightful money which the government has stopped," said Silvano Fernandes, a retired seafarer.