Shackled by a virus, beach shacks stare at losses

Term current season as worst of the past four; Will request waiver of licence fees after crisis ends 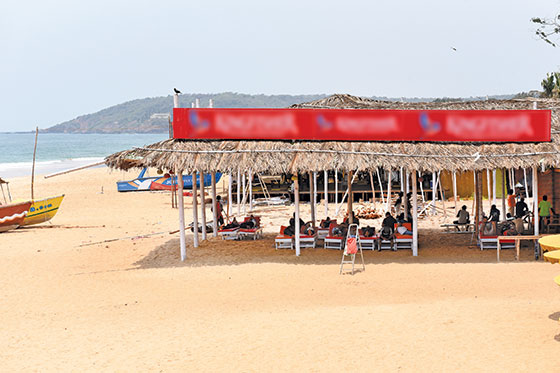 PANJIM: The tourism industry is facing one of its biggest challenges due to the prevailing situation arising out of the COVID-19 pandemic being termed by stakeholders as the ‘worst’ of the last four poor tourist seasons.

“The last four seasons have been bad for shack operators and in fact, the entire tourism industry. But this phase which we are going through due to the COVID-19 outbreak, is worse. We have closed our businesses two and half months before the official end of the tourist season,” All Goa Shack Owners Association president Cruz Cardozo told Herald.

Cardozo, however, maintained that the association is not blaming anybody. “The pandemic has affected the world,” he added.

The beginning of the season actually led to a bad start for the shacks. The National Green Tribunal, in September 2019 stalled allocation of beach shacks in absence of the Coastal Zone Management Plan. In the following month, the High Court of Bombay at Goa granted temporary relief allowing the State to implement the shack policy 2019-22 and observed that beach shacks existed in Goa since long, and are made up of eco-friendly material such as wood, bamboo and palm leaves. By this time, the season had already begun and the temporary shacks were yet to be set up.

“We were able to do business from December 2019 to February 2020. Before Christmas, the business was not good,” Cardozo said.

Travel and Tourism Association of Goa (TTAG) has also termed this the worst season. “It is worse than demonetisation and taxi strikes,” TTAG president Savio Messias said, speaking to Herald.

In the wake of the COVID-19 outbreak and the lockdown enforced to stop the spread of the virus, the entire tourism industry has been largely affected.

Due to the sudden crisis, non-Goan staff working at shacks, and certain other commercial establishments, are stranded in the State. While 80 per cent of shacks already dismantled, the remaining 20 per cent are being used as shelter for stranded workers, who are non-Goans. They too have been waiting to return to their native places.

The shack association, for the first time, will seek an exemption to pay licence fees for the coming season, citing the worst phase the shack operators have been enduring. “We will request the government to waive off licence fees after the crisis is over. We don’t want to pressurise the government at this time when it is tackling the present situation,” he said.