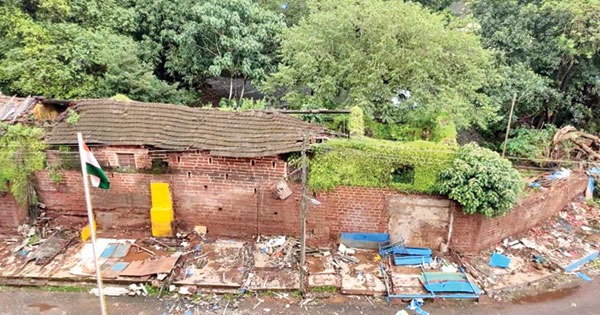 BICHOLIM: The Sanquelim Municipal Council (SMC) chief officer on Saturday communicated to the Archaeology Department that the municipality has cleared the shops near the Sanquelim fort which is proposed for restoration.

It may be recalled that last week the SMC commenced the work to clear the shops near the fort.

There are many shops surrounding the Sanquelim fort which is strategically placed at the centre of the town. On several occasions, heritage groups including the Goa Heritage Action Group had demanded that the government restore the fort.

The fort was in news in 2015 when a portion collapsed on a shop, injuring a 42-year-old man, while owners of 27 shops surrounding the area were reeling under fear.

Earlier, work to shift the shopkeepers to new premises was carried out by the municipality. Today, the work to clear the shops and other things was carried out paving the way for the fort’s restoration.