Silent night at Calangute as outdoor music shut by 10 pm 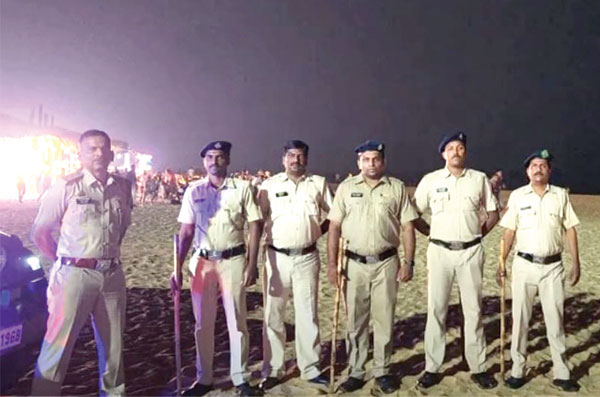 CALANGUTE: It was a silent night for the first time for the residents living along the coastal belt and they could sleep in peace - thanks to the order passed by the High Court of Bombay at Goa not to permit loud music beyond 10 pm.

Over the years, the residents of Calangute, known as the queen of beaches who tossed and turned around sleeplessly as deafening loud music shook the coast now could at last sleep in peace as police patrolled the area and put a full stop to outdoor music after 10 pm.

The Court had already asked both the district Superintendents of Police to act against violators playing loud music beyond 10 pm without obtaining permission and to submit an action taken report (ATR) on December 14.

Herald also spoke to some locals to know what they feel about the Court directives.

Sonu Shetgaonkar, a resident of Morjim said that there is a drop in night parties following High Court directives. But tourists coming to Morjim appear to be unaware of the Court order and indulge in playing music beyond 10 pm. Police should intensify patrolling along the coastal belt to curb noise pollution at night.

Adv Prasad Shahapurkar of Morjim said that Pernem Police are in action mode following the High Court order and took action by registering a case against the management and organiser of a music party being held in a resort at Ashvem on Saturday late night.

Sonali Shetgaonkar alleged that the village panchayat has granted permission to hotels and is not bothered to check whether the loud music played by them was affecting the locals. She said that her children are complaining that they cannot focus on their studies and get distracted due to loud music.