Since June 22, one person on an average has died of COVID in Goa daily 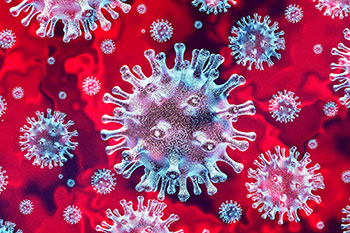 PANJIM: Even though the State has seen an encouraging number of recoveries in past 10 days or so, the rising number of deaths seems to have become a cause for major concern to the health authorities and the State government.

Goa reported its first death on June 22, when two people -- one each in Vasco and Morlem -- lost their lives.

Since then, in the last one month the State has seen 36 deaths (33 cases  official).

Interestingly, almost 51 per cent of the deaths are from the Mormugao taluka, especially, Mangor Hill, Zuarinagar, Khariwada, Baina while the rest are from Margao, Mapusa, Sankhali, Canacona and Curtorim.

Out of 33, only six did not have any co-morbidities, indicating that 80 per cent of the deaths were due to the co-morbid conditions of the patients.

Another interesting fact is out of the 33 only 10 were females which means 70 per cent of fatalities are males.

Chief Minister Dr Pramod Sawant said while many died of co-morbid conditions other deaths could be due to delay in bringing the patients to hospitals.

“There have been patients who have been delayed in being brought to hospital and only after they had breathlessness,” Sawant said.

Further, the chief minister has also said that with the monsoons at its peak the impact of COVID-19 will also be high, as opined by the experts.

“It is important that the people with co-morbid conditions take care of themselves as most deaths are of co-morbid people,” he said.

While the State has reported increase in deaths, the much looked up for plasma therapy is yet to start.

Health Secretary Nila Mohanan said that there are few more issues that need to be sorted before the plasma therapy begins in GMC.

“It is upto the treating doctor to decide how and on which patients the therapy will be conducted,” she said agreeing that the rising deaths have become a cause of concern.

The official has, however, said that there was no shortage of medicines and ventilators with the government hospitals.

The State altogether has 80 ventilators and 150 are on the way, which were ordered earlier.

Health Minister Vishwajit Rane also has said that all required medicines like Remdesivir etc. have been made available to the doctors.