Loals from the picturesque village located in Canacona taluka are striving to work together during the COVID pandemic. ABEL BARRETTO describes the village setting and takes a look at the issues that are troubling the locals as well as the aspirations of the villagers 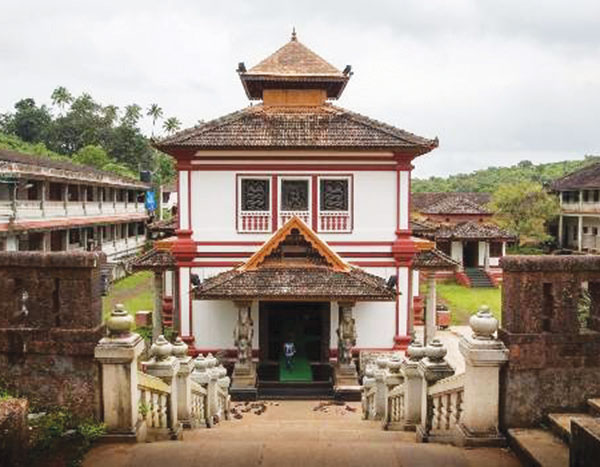 While villages like Cotigao, Gaondogrem and Khola in Canacona are more well- known, the village of Sristhal basically meaning 'the abode of Lord Shiva', has remained different and retained its unique identity with its bountiful nature abundant with natural resources.

Against the backdrop of the destructive COVID pandemic, the locals have come forward in a big way undertaking innumerable community development projects.

The Biodiversity Management Committee of the village and the locals, have also helped various government and NGOs in lending their helping hand in the fight to control the spread of coronavirus.

Almost all of the 60% of the village population belonging to Schedule Tribe community practice agriculture while the rest are in service or other economic activities.

As agriculture has been a mainstay economic activity, many women who are hard-working apart from growing paddy are raising horticulture crops. However, due to the lack of a dedicated market place in the village, the womenfolk have to go to Chaudi town, which is at least 7km away and sit by the roadside to sell their seasonal produce, complained most of the village women.

Many enterprising youths have invested their time and energy into modern ways of doing agriculture and are of the opinion that the village can be developed into an eco-village and an ecotourism spot.

"There are hills galore in the village so tracking on foot could bring lot of tourists into the village, there is a tiger cave on the Asali hills together with ancient structures, these all can be part of the nature's trail," said some of the locals .

Located on the windward side and the Karmalghat hills on the eastern side the village blocking the clouds the village remains wet during all the months of monsoon season.

The village has fertile planes where rice and sugarcane is grown while the hilly areas have cashew estates and coconut plantation.

With the thick forests surrounding the village the villagers have learnt to live with wild animals like bisons, wild boar, peacocks and monkeys who destroy their crop on a regular basis.

Most of these traditional medicine gatherers don't charge or they get content with whatever is offered in cash or kind.

"There are traditional medicine gatherers and traditional artists in the village, we have documented these things in People's Biodiversity Register, all of these can give a big push to the economic development of the village" Ganesh Gaonkar, the village Sarpanch added.

Shristal is blessed with a natural water reservoir, and the Chapolim dam and the 20MLD water treatment plant, which supplies water to most part of Canacona are both situated in this village. However, the residents who live on an elevated land face hardship as the water pressure gets reduced before it reaches their houses.

They say that the water in the Chapolim reservoir is for them only to see its presence in their village and not for consumption given the kind of water problems they face in the summers. Canacona MLA and Deputy Speaker, Isidore Fernandes, has said that he is following up with the PWD so that these residents get continuous portable water all year round.

While other parts of the taluka get uninterrupted pipe water, the locals said they get a restricted quota from tankers.

They added that they were happy when the government announced the damming of the Chapolim rivulet but the situation hasn’t improved for them. “Some of the locals from Chapolim, Assali, Nuvem and surrounding areas have to fetch water during the summer time,” said Lakshman Chapolkar.

Commenting about other issues locals face, they explain that the village got underground cabling a few years back through tribal sub plan so the power scenario is good in the village; but the undulated topography makes it impossible for most of the residents to get quality mobile and internet services.