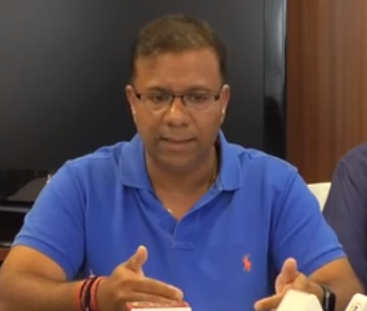 PANJIM: In line with States like Maharashtra, Kerala and Delhi, the Goa government is also contemplating shutting down classes up to Std IX, in the wake of the novel coronavirus, with Health Minister Vishwajit Rane moving a proposal in this regard to Chief Minister Dr Pramod Sawant for a final decision. A file seeking cancelation of the ongoing traditional Shigmo float parade, has also been moved to the Chief Minister.

Following directions from the Central government, the State Health Department on Friday invoked provisions of Section 2 of the Epidemic Diseases Act, 1897 by means of which all advisories issued by the Union Health Ministry and State governments from time to time are enforceable.

Addressing media persons, Rane said the government has invoked the Epidemic Disease Act 1897 to issue necessary regulations with regard to COVID-19, which would be in place for a period of one year, with immediate effect.

“I am of the personal opinion that schools need to be shut. I have moved a file to the Chief Minister requesting to shut classes till Std IX. The board examination of Std X and XII will continue. The final decision has to be taken by the Chief Minister,” he said, adding that the decision was taken in the wake of concerns and queries raised by parents with regard to their child’s safety in school.

Rane said that he is also against going ahead with the Shigmo float parade, which will see mass gatherings. “I have moved a file to CM to cancel the ongoing parade. It is a traditional annual event, which can be held next year also. We cannot risk lives of people for small-time enjoyment,” he said.

The Shigmo parade, commenced on March 10 and will be held across 16 places and continue till March 24. The float parade in Panjim is scheduled on Saturday.

Urging people to avoid mass gathering, the Health Minister said that people should refrain from attending wedding ceremonies, conferences, events, going to restaurants and movie theaters. “Though, there are no positive cases in Goa so far, we have to be alert and take all necessary precautions,” he said adding, “With government invoking the Act, Health Ministry has all the powers to issue necessary directions to the institutions to act upon.”

Requesting the people to avoid inter-state and international travel, Rane said that people from other parts of the country should also avoid visiting Goa. “This is not the time to promote tourism. The virus has hit the world like a tsunami, where business is at loss and people are losing lives and jobs,” he said.

Asked about Zilla Panchayat elections, the Minister said that directions would be issued to the State Election Commission to make available sanitizers and masks at each polling booth.

Under the Act, the authorised persons are Secretary Health, District Collectors, Director of Health Services, CHC, PHC and UHC.