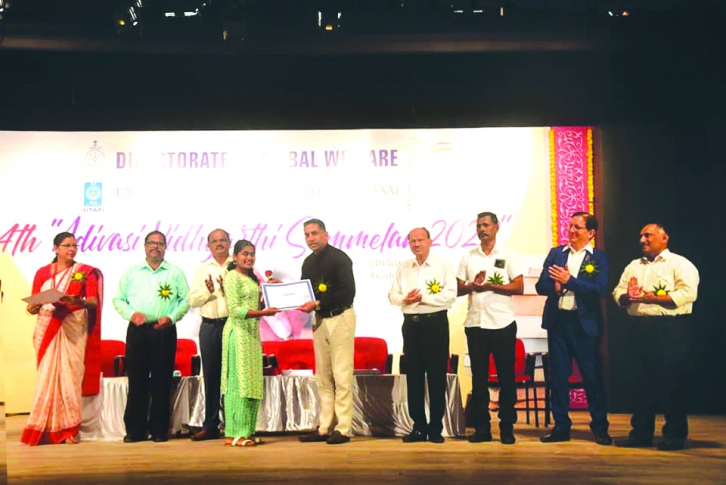 MARGAO: At the 4th 'Adivasi Vidyarthi Sammelan’ that was organised by Directorate of Tribal Welfare in association with United Tribals Associations Alliance (UTAA) on Thursday, Art & Culture Minister Govind Gaude launched an online mode for tribal students to avail scholarship schemes. A large number of students attended the event, during which meritorious students were also felicitated. The Sammelan is a part of Prerana Din which is observed every year in memory of late Manguesh Gaonkar and late Dilip Velip.

After stressing the importance of education and a practical approach to life, Gaude asserted the UTAA’s role in establishing the Tribal Welfare Department. “The new generation of the tribal community should not forget the sacrifices made by the UTAA and its activists who shed their blood for the rights and betterment of the tribal community,” said Gaude.  Arun Bharadwaj , founder, Happiness Technology, Bangalore and Nagesh Sardessai presented lectures on career guidance and personality development.