No mining activities to be allowed along Mandovi, Zuari and Tiracol rivers pending completion of Sand Mining Impact and River Biodiversity Index study by Environment Dept 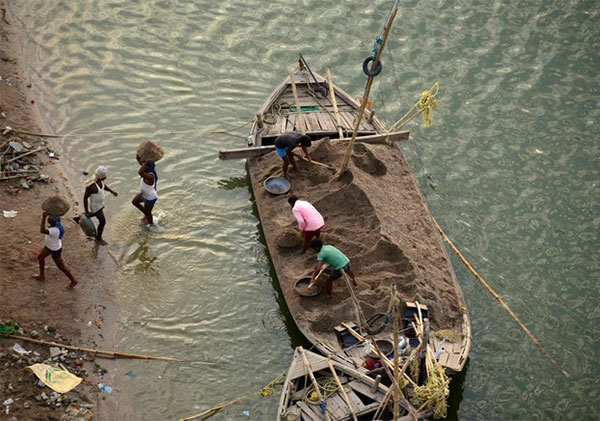 PANJIM: The State government is likely to take a call on permitting legal sand mining from the riverbed of Chapora and its tributaries. However, no mining activities will be allowed along Mandovi, Zuari and Tiracol rivers pending completion of ongoing Sand Mining Impact and River Biodiversity Index study by the Department of Environment.

For last three years, Goa has been dependent on other States for export of sand. The non-grant of permits, also gave rise to large scale rampant illegal sand extraction.

A senior official told Herald that the National Institute of Oceanography (NIO) has completed the impact study of Chapora River and its tributaries. “The study of Mandovi River is in process and the same is likely to be completed in next two-three months,” the official said.

“The Government, through Environment Department and DMG will take a call on granting sand mining permits in Chapora River based on the findings of the impact study,” the official said.

The official said at present DMG is not in a position to grant any permits for sand mining activities, unless the Environment Department grants Environment Clearance (EC).

“As per EC norms, the State has to conduct the study of rivers to assess the impact of sand mining activities so far. The study will give a clear picture of the impact sand mining has had on the ecological equilibrium of river and marine life,” the official said.

“Riverbed mining causes several alterations to the physical characteristics of a river and riverbed. These can severely impact the ecological equilibrium of a river and damage plants, animals and riparian habitats,” the official added.