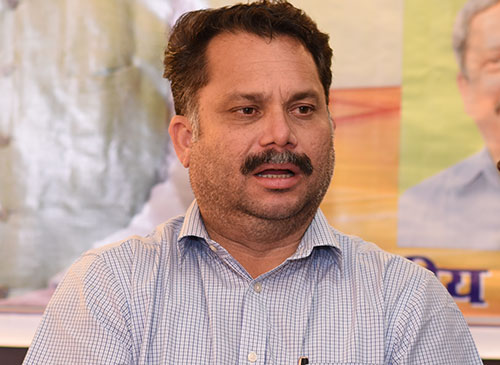 PANJIM: Goa government has urged the Ministry of Environment, Forest and Climate Change (MoEF&CC) to amend the Coastal Regulation Zone (CRZ) Notification, 2011, to allow sand mining from flowing rivers since river beds in the State do not dry up during the non-monsoon period.

“In Goa river beds do not get dried up during the non-monsoon period. Department of Environment has written to MoEF&CC requesting them to amend the CRZ Notification 2011 and to allow the State to extract sand from flowing rivers through traditional means so as to protect the livelihood of sand extractors and to meet developmental needs of the State,” Environment Minister Nilesh Cabral told Herald.

Cabral said that in July 2019, the Goa government entrusted the National Institute of Oceanography (NIO) to study the impact of sand mining on the marine bio-diversity of the rivers. NIO has submitted the preliminary of report of River Chapora, suggesting that whatever sand bars occur, the same could be manually removed through traditional means so as to meet the needs of the State.

Following this, Directorate of Mines and Geology wrote to the State Level Environment Impact Assessment Authority (SEZAA) to issue Environmental Clearances (ECs) so as to grant licences to sand mining contractors. Instead, Department of Environment wrote to MoEF&CC to permit sand mining from flowing rivers.

Currently sand mining, rocks and other sub-strata material activity, except mining of atomic minerals, is prohibited within CRZ areas as per the Mines and Minerals (Development) Act, 1957. The Goa government now wants to amend the Act with a rider to allow sand mining activity through traditional means only where scientific study has been conducted by reputed institutions.

In October 2015, the SEIAA had granted ECs for sand extraction in 14 clusters in North Goa district and 10 clusters in South Goa district till the High Court of Bombay at Goa banned sand mining activity as there was no specific study to understand the impact of sand mining on the marine bio-diversity of the rivers.

Construction activity in the State has been affected following ban on sand mining activity by the High Court since September 2019.