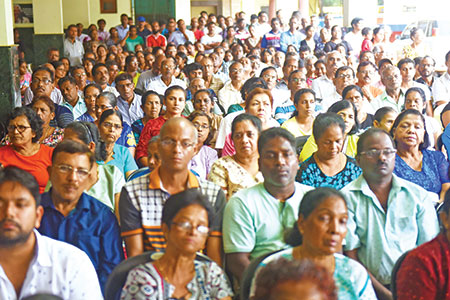 PANJIM: In what could be termed as victory for St Cruz villagers, who have been fighting to protect the Bondvol Lake, the State government is set to notify the oldest water resource of the village as wetland.

“The draft notification on Bondvol Lake has been issued, through the Environment Department,” sources informed Herald.

However, Dr Pradip Sarmokadam of Goa Wetlands Authority informed that they are awaiting final gazette notification.

“We are still awaiting notification,” he said.

During the meeting, which was convened by the Goa State Wetland Authority with the St Cruz villagers in July last, the residents had demanded that their ancient lake be notified as wetland to protect it for future generations.

The State’s move to identify more wetlands follows the recent National Green Tribunal’s order directing the government to identify additional wetlands in Goa and protect wetlands of less than five hectares under the existing Wetlands Rules or Act, within three months and submit a report before it.

The government had revealed that during the first meeting of Goa State Wetland Authority in 2016, 385 wetlands have been delineated, which have an area more than 5 hectares, and 167 wetlands less than 2.25 hectares. Moreover, there are 101 inland wetlands, wherein 29 are located in North Goa and 72 in South Goa, and another 282 coastal wetlands - 112 in North and 170 in South Goa.

The government had also decided to initiate the process of notification of four important wetlands as identified in the Wetlands Atlas being Salaulim Reservoir, Anjunem Reservoir, Carambolim Lake and Chorao Wildlife Sanctuary. Accordingly instructions were issued to the Goa State Biodiversity Board.