Around thousand Melauli locals continue their protest on Wednesday 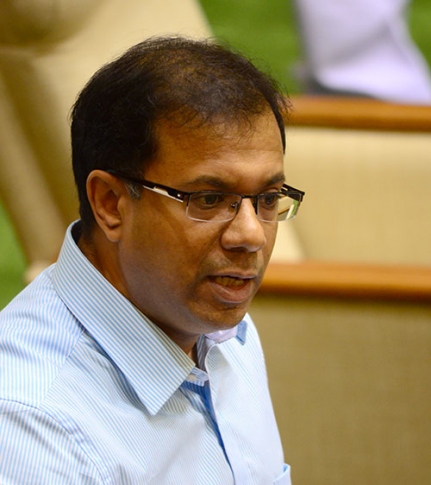 VALPOI: Usgao, Nanus, Honda and Morlem villagers came forward in support of Melauli on Wednesday. All these villagers have threatened the Valpoi MLA Vishwajit Rane that they will not vote for him in the 2021 Assembly Elections if the MLA is not fulfilling all the demands of Shel Melauli villagers.

Around thousand Melauli villagers continued their protest against the IIT project on Wednesday at the venue.

The Melauli villagers said that the Government should delete the name of IIT land from Forms I and XIV after deleting the villagers’ names by the Land Survey Department, Goa. The villagers said the government knowingly got rid of their names from the forms and allotted Class A category ownership of land.

“We will continue our protest against the IIT project, till our demands are not fulfilled,” the villagers added.

Probe against 23 attempt to

PANJIM: Even as cabinet minister Vishwajit Rane urged Chief Minister Pramod Sawant to quash FIR against the anti-IIT protestors at Melauli, Goa Police continues with investigation against the 23 attempt to murder accused.

On Tuesday, Rane had issued a statement seeking to shift the proposed IIT project from Melauli to an alternate location while he also demanded that government withdraw the criminal case registered against the locals.

Herald has learnt that the department is awaiting a formal communication from the government pending which it has decided to not hamper the ongoing investigation.  “We have not received any communiqué from the government to withdraw the FIR. It is however not up to the department to revoke cases against the accused. The court will decide since it is a serious criminal offence, and a registered FIR. Until then, investigation into the incident is not being interfered,” said an official, speaking to Herald.