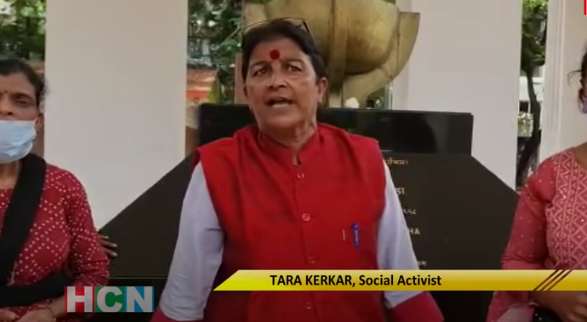 S ocial Worker Tara Kerakar who has been demanding justice for Siddhi Naik has been getting threatening calls to drop her case.  “An unknown man threatened me to stop following Siddhi Naik’s case, I have filed a complaint with Vasco Police station,” said Kerkar.

She also added that the threat that she received only proves that Sidhhi Naik was murdered.

Kerkar has now asked for public support, “I request you to support me, the police at Vasco Police station have shown me cooperation,” she said.