Two youth, from either community injured, counter complaints registered, investigations are on 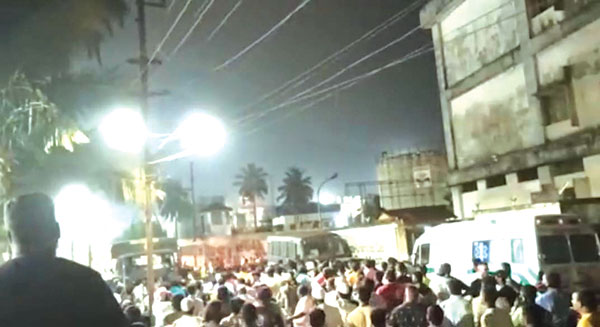 VASCO: Tension broke out in the port town following clashes between groups belonging to communities in the Baina area of Vasco on Sunday evening.

The trouble started at around 8.30 pm when a two-wheeler procession by youths from Sancoale on Ram Navami had reached Islampur-Baina.

While they were crossing Islampur, the youth who belonged to the majority community complained that they were pelted by stones from the top of a house in the Islampur-Baina area.

In retaliation, eyewitnesses said that the youth went to the minority-dominated area and allegedly assaulted a local youth who belonged to the minority community.

This resulted in verbal clashes between the two groups even as the Ram Navami procession culminated at Baina beach.

However, the minority community youth who allegedly pelted stones, denied that he did so and complained that the attack on him by the Ram Navami revellers was unprovoked. However, the Ram Navami revellers who were returning from their procession, in a counter-complaint, said that while they were returning, they were attacked by the minority community youth

Thankfully, before the situation could turn ugly the Vasco police rushed to the spot, pacified them, and brought both the warring groups to the police station.

Till late night both the groups were at the police station and the police were in the process of registering counter complaints as both the injured were sent to the hospital for medical examination.

A large number of people belonging to both groups had gathered outside the police station.