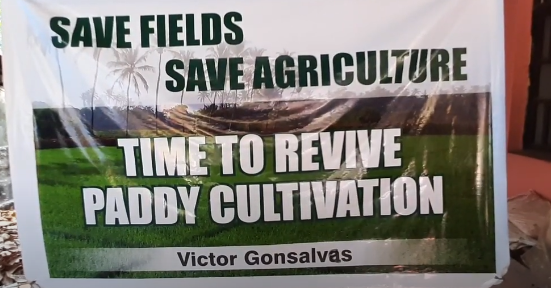 PANJIM: Following the successful testing of the Goa Dhan-3 rice seed variety at a paddy crop in St Cruz owned by former MLA Victor Gonsalves, Indian Council of Agricultural Research (ICAR) scientists are hopeful that farmers across the State will come forward and replicate this model.

One of the four varieties, Goa Dhan-3 produces a high yield in soil conditions that have salinity such as three tonnes per hectare. The scientists pointed out it was created because there are several places in the State, like khazan lands where salinity is high and such testing has been taking place in various fields.

They also pointed out that the rice crop in normal soil conditions like Gonsalves’ field and it produces an even higher yield such as five tonnes per hectare.  These ICAR developed seed varieties are aimed at addressing problems faced by the existing Jyoti variety presently being used by farmers’ en-masse.

The ICAR also appealed to farmers to make use of their soil testing app, which they felt is necessary as it provides valuable information to farmers before they grow their crops

Speaking to media persons after the inspection held on Tuesday in his fields, Gonsalves, who has launched an initiative to revive paddy cultivation, criticised the State Agriculture Department for not doing enough to tackle the problems of saline intrusion in fields or to assist the farmers adequately.

He also pointed out that during the pandemic, many people have returned to farming and that is willing to support such people.

The former MLA also said he had written to the authorities after he found flaws in the government’s findings where the increase in mangroves has been marked as a 30 per cent increase in forest cover.

He emphasised that mangroves, like salt water intrusion that is seen in St Cruz and other areas, is detrimental to the farming community.