The ‘untouchable’ mamlatdar: Tainted in Bardez, posted in Mormugao

Booked in land grab cases, mamlatdar Rahul Desai ‘rewarded’ with a new posting in Mormugao; Desai booked in 5 cases of land grabbing, named in several other complaints but is ‘untouchable’ by the SIT and Mapusa Police 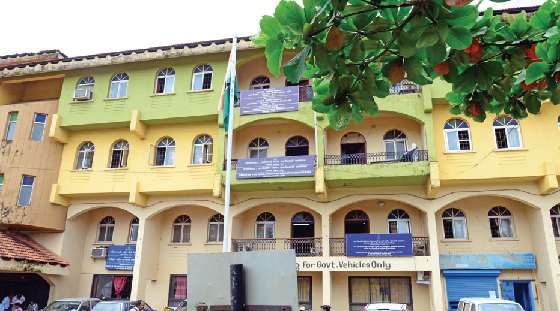 ASSAGAO: Former Mamlatdar of Bardez Rahul Desai, who has been booked by the Special Investigation Team (SIT) and Mapusa Police for his alleged involvement in land grabbing cases, has been left untouched till date. However, the government instead of punishing the official “rewarded” Dessai by posting him as Mamlatdar of Mormugao.

Shockingly even his driver got arrested in one of the cases where Dessai is under the radar. But the boss “managed” to drive away from even a suspension order leave alone an arrest.

Desai, the then Mamlatdar of Bardez, is booked in two cases by the SIT and three cases by Mapusa Police. And still, the SIT and the Mapusa Police have not issued any summons to Desai, who was recently transferred and posted as the Mormugao Mamlatdar. Sources stated that Desai is involved in almost 20 cases of land grabbing in Bardez. He is clearly untouchable by law enforcement agencies.

It is pertinent to note that SIT booked and arrested the staff from the Bardez Mamlatdar’s office and two others from Archives Department for their alleged involvement in land grabbing cases.

The Special Investigation Team (SIT) has registered two FIRs against the then Bardez Mamlatdar Rahul Dessai in the Anjuna land grabbing case and Mapusa Police has registered 3.