The Serula Comunidade land grab inquiry has been buried under the carpet for five years: Let’s bring it out

High Court directed the Goa government to revert grabbed land to the Serula Comunidade mainly encroached by a former minister; The inquiry report on the mother of Comunidade land grabs got the mother of burials; Herald will dig deep to bring the scam back in focus; This too was a SIT inquiry that didn’t make the system stand up for justice 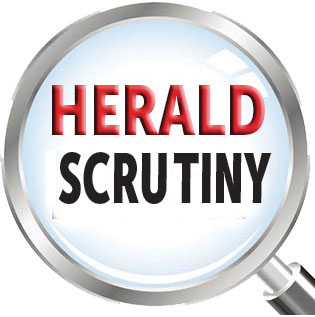 PANJIM: The Goa government, which constituted a Special Investigation Team (SIT) to probe land-grabbing cases across the State, is however completely silent on its own inquiry report about the mega Serula Comunidade land scam reported five years ago.

Following the judgment of the High Court of Bombay at Goa directing the authorities to revert the land to the Serula Comunidade, encroached by a former BJP Minister, the government is to date silent. The worried

inquiry officer, Srinet Kothwale has however specified that non-compliance to the High Court order would amount to contempt of court.

In March 2017, the government appointed the then Joint Secretary (Home) Srinet Kothwale as the inquiry officer to hold inquiry in the matter of Serula Comunidade against the backdrop of the submissions made before the High Court in 2011 and to submit the report to the government within six months from the date of issue of the order.

Five years and three months later the report is gathering dust. On Tuesday, Herald will ask the Revenue Minister Babush Monserrate and the Administrator of Comunidades, the nodal officer responsible to initiate action, on the reasons for the total inaction on the issue.

The inquiry officer was also supposed to find out whether there had been any fraud in the grant of Serula Comunidade plots and the details of the persons involved in the fraud.

During the course of the inquiry, Kothwale found that besides the staff not paid salaries for six months and the Comunidade, North Zone building in dilapidated condition, no proper records were maintained and all office files/records/old/archives files and documents were dumped in certain racks/cupboards and most of these files/documents and records were totally damaged and destroyed by termites.

The inquiry officer had observed that there was no record management system in the office and most records had gone missing from the office. What was most important was that the officer had cautioned the government that non-compliance of time-bound directives of the Court would attract contempt of court, especially regarding two writ petitions filed by Trajano D'Mello and other.

The High Court had directed the authorities to take action in accordance with the law to restore the usurped Comunidade land. All these observations were brought to the notice of the government authorities but in vain.