The battle against ‘coal’ intensifies on Chandor tracks 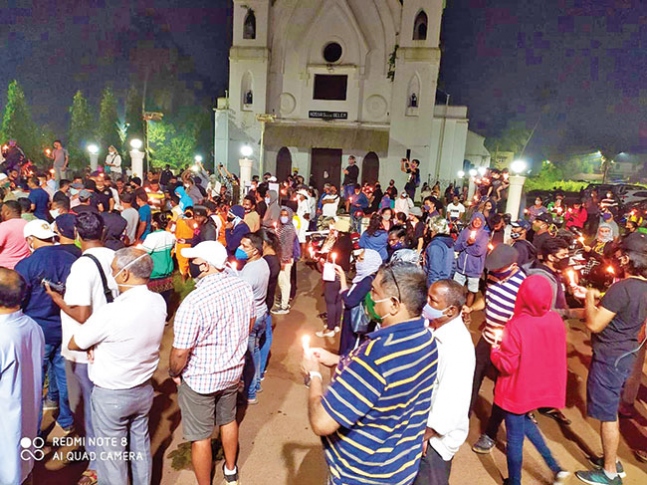 CHANDOR: Thousands descended on Chandor, the former Capital of Goa today to protest the double tracking of rail line and to oppose the alleged disastrous projects planned in Goa. The protestors gathered at the railway track and sat until dawn to prevent the Railways from starting the work.

A sea of people, politicians and groups, etc, marched through the darkness of the night with candles. They broke through the silence of night with their music and drums by making their voices heard.

The South Western Railway which intended to commence the work of double tracking and had received permission to carry out the same by keep the Guirdolim junction closed, tactfully stayed away to avoid confrontation. But on witnessing the human surge, it is clear that the intensity of opposition cannot be taken lightly.

There was the Opposition in form of the Congress, Goa Forward Party and the Aam Aadmi Party, all of them backing the protesters.

Goan traditional music and dance during the entire protests kept the spirit of Goenkarponn high and made people aware of Goa and its heritage.

The protests started at the Chandor Church Square with several thronging the village in busses and personal vehicles. 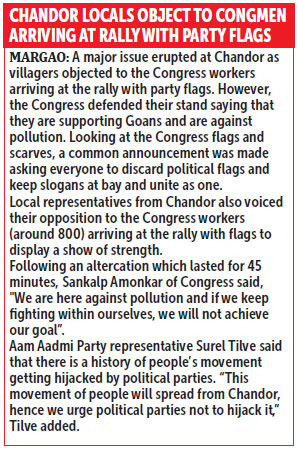 The protestors marched to the track by forming a massive rally with candles. The South Goa Superintendent of Police and Deputy Superintendent of Police arrived at the spot late night. Earlier, surprisingly, there was absolutely no police presence at the Town Hall. The police urged the people to move away from the track as a train was arriving. However, the people refused to do so.

The youth, who gathered in large number, questioned the Power Minister Nilesh Cabral’s absence at the protests to answer the people’s questions. The protests continued as an attempt to thwart the attempt of the Railways to commence the work.

The protestors warned the government of massive agitations if it fails to listen to the voice of people.

Watch the video on: https://www.heraldgoa.in/Videos/Battle-against-coal-intensifies-on-Chandor-tracks/167150 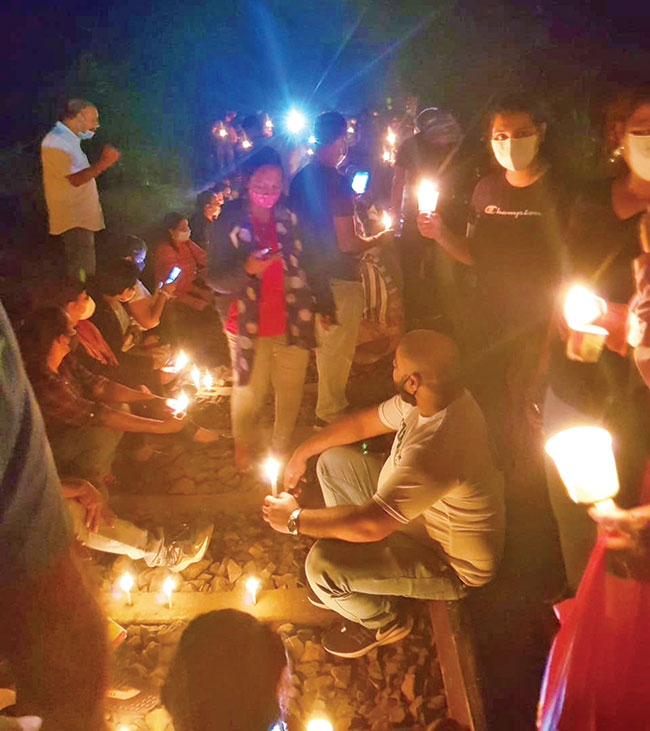