Terminated contractual workers of Institute of Psychiatry and Human Behaviour have no money for food, feed children 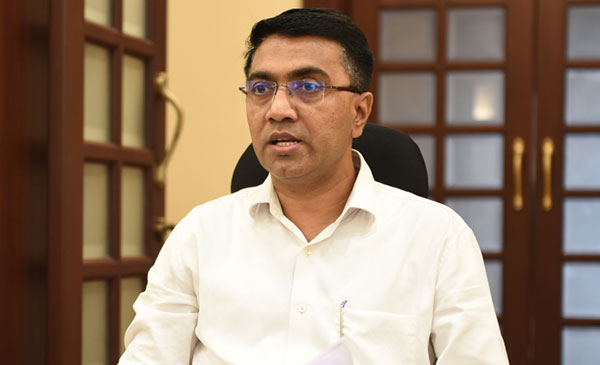 PANJIM: Contractual workers of the Institute of Psychiatry and Human Behaviour (IPHB), protesting their termination from service, on Saturday narrated their ordeal saying they had no money for food and are unable to feed their children.

The ongoing protests by 28 contract workers, who worked as psychiatric patient caretakers in the IPHB, Bambolim completed a month at the Azad Maidan, Panjim.

They told media persons that inflation is hitting them hard and they are finding it difficult to make a living. They said that if they eat one day in a city hotel like Panjim, they have to go hungry the next day. “We have no money for household expenditure, to buy medicines for parents and fees for children’s admission and education,” they said.

One of the protesting workers said, “We worked on contract in IPHB for nearly nine years and after termination we today feel that we have wasted our productive years.”

They further said they met Chief Minister Dr Pramod Sawant and appealed to him to resolve their demand and to give them justice. Although the Chief Minister assured them that he would look into the matter, he has not given any specific date to solve the issue, they rued.

They stated that they were happy with the salary and had never demanded increments for the last nine years. “We worked during COVID-19 pandemic risking our lives and we were called COVID warriors and were honoured and given certificates. Chief Minister Dr Pramod Sawant also made a statement that the government will regularise the services of all COVID warriors but failed to do so.”

It is learnt that these workers have also filed a petition before the High Court of Bombay at Goa seeking to quash and set aside the new appointments by the government alleging that there were manipulations in the written test. According to them, 87 per cent of the posts have been filled by appointing persons from Sattari taluka whereas from other talukas the merit is negligible or zero.

The protestors demanded to know how youth from Sattari taluka, who had failed to clear the written test in the past became exceptionally talented overnight. They alleged that even information sought under Right To information (RTI) is either not furnished or found to be fabricated. This means illegalities are apparent in the recruitment, they said.