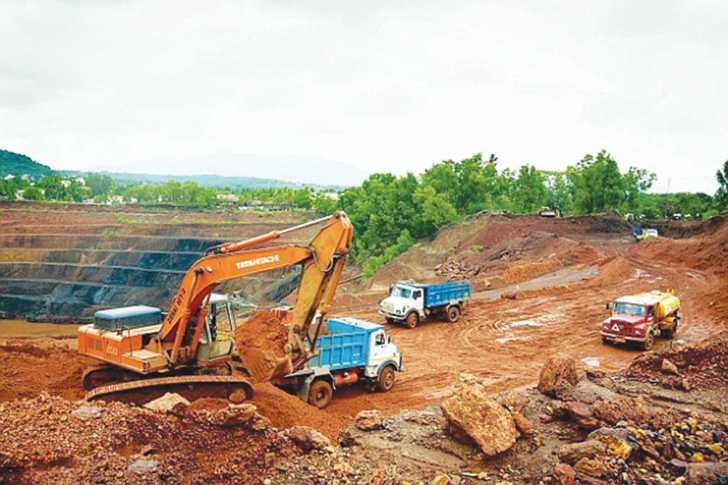 PANJIM: The three expired iron ore mining leases put up for e-auction in the second phase, do not require Environment Clearance (EC) since it has been already obtained by the previous leaseholders, the Directorate of Mines and Geology said on Wednesday.

The leases are categorised under Section 8B of Mines and Minerals (Development and Regulation) (MMDR) Act 1957, which speaks about transfer of statutory clearances vested with the previous lessee for a period of two years,

As such, the fresh mining extraction at these three leases- Advalpale -Thivim Mineral Block, Cudnem-Cormolem Mineral Block and Thivim-Pirna Mineral Block - can commence within a shortest span of time from the day of declaration of the successful bidder, which is expected to be anytime from April 18 to 28. A total of 15.29 million tonne of iron ore reserve is available for extraction in these three mineral blocks. It has also got around 7.37 lakh tonne of rejects in form of dumps.

“These leases are auctioned as expired leases and Section 8B of the MMDR Act shall be applicable to these blocks,” the Directorate of Mines and Geology stated in the tender document.

On January 10, 2020, a new section – Section 8B related to the provision for transfer of statutory clearances was inserted in the MMDR Act. The newly added sub-section (2) of section 8B of the MMDR Act provides that a successful bidder of mining leases expiring under Section 8A and selected through auction shall be deemed to have acquired all valid rights, approvals, clearances, licences and the like vested with the previous lessee for a period of two years.

The sub-section (3) of Section 8B of the MMDR Act provides that it shall be lawful for the new lessee to continue mining operations on the land, in which mining operations were being carried out by the previous lessee, for a period of two years from the date of commencement of the new lease.

While these leases do not require Forest and Wildlife Clearance, it will have to opt for other permissions like Consent to Establish, Consent to operate, Mining plan, gram Sabha clearance, approval among others.

The other two leases – Cudnem Mineral Block and Surla-Sonshi Mineral Block are virgin blocks for which the successful bidder will have to opt for all the necessary clearances including EC.