To start in North Goa today; shack owners are still hopeful the State government will give in to their demand for a reduction in the overall licence and processing fees 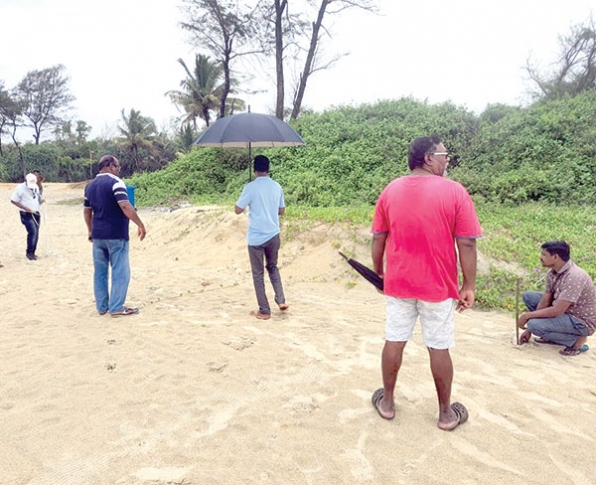 MARGAO: The much-delayed demarcation process for erection of shacks on the beachfront by the Tourism Department began on Friday, September 30, in South Goa.

Sources stated that the exercise would begin in North Goa on Saturday.

Cruz Cardozo, president of the Shack Owners Welfare Society (SOWS) said, “We are grateful that the demarcation process began today as we can now start putting up our shacks. However, unlike the last two seasons, where our shacks were up and ready before Dussehra, this time we won’t be ready for the festival and will sadly miss out on that business.”

The sentiments expressed by Cardozo were echoed by several other shack owners who lamented that they had even kept the labour ready to start work on the shack but had to wait for the demarcation process, which they felt should have been done much earlier and not on the last day of September.

“Shacks are open for a limited period and not all year-round. There should not be such kind of delays,” another shack owner added.

On a separate issue, the shack owners are still hopeful that the State government will listen to their demands of granting them a reduction in the overall licence and processing fees that they have to pay now. They are paying Rs 2.17 lakh in total which does not include the sum of Rs 45,000 that they have to pay to the Excise Department and another sum of the same amount to the Electricity Department.

“We have been given a provisional licence now and we will pay the fees but we are hoping that the Chief Minister takes cognisance of our demands and agrees to grant us such a reduction in the overall fees,” Cardozo added.

Shack owners have also urged that the government agencies accept manual payment of fees, which they say is quicker as compared to the payment through Goa Electronic Limited (GEL) system, which they say is slow and should be done away with. They want the Rs 13,000 fee to GEL to be waived off too.