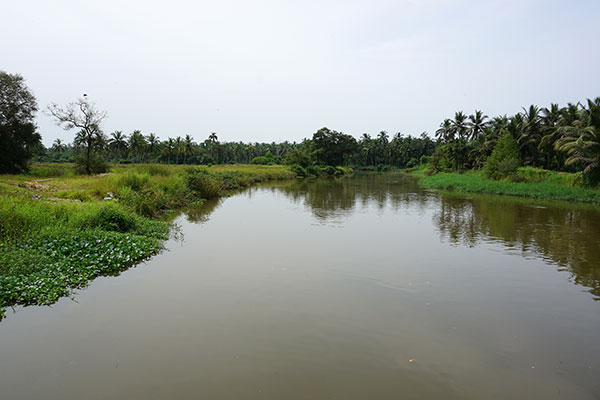 The decision was arrived at the meeting which was held over an hour.

Remmy from Chinchinim and Milagres from Assolna initially strongly opposed to the desilting but finally agreed. Remmy asserted that the desilting should not be more than one-metre deep while Milagres demanded that the same be carried out only at certain places.

Anthony Silva alias Brain Box spoke on the third phase of desilting which will include Assolna and opined that the villagers will get about two months before the work commences. He asked them to form small ward-wise committees to monitor the desilting as and when it is done.

Association president Augustine Furtado explained that they met the Ports and Fisheries Ministers in Porvorim following which Captain of Ports officials along with the fishermen surveyed the river stretch where the fishermen identified the places that needed to be desilted.

Following the survey, a meeting was held with traditional fishermen of Tolleaband and Kudeamad in Chinchinim on Saturday as they were the ones who would be affected due to the second phase and they agreed to the desilting with certain conditions.

Ambelim’s former sarpanch Cruz Silva read out the conditions of which the first one was to allow only desilting and no dredging of whatsoever will be allowed. He explained that environment impact assessment study would be pre-requisite for any dredging.

The second condition was that all sewerage and urban effluents dumped in the river Sal be stopped forthwith. “Otherwise there is no point in desilting as the same will return and the river will get silted again,” he explained.

The third condition by the fishermen was that no casino or marina be allowed on the banks of River Sal and pointed out that the desilting is proposed not so much for the benefit of the fishermen but to have passenger vessels moving in the river.

The fishermen also demanded that River Sal be strictly used only for fishing and not any other commercial activity and added that any future proposals to desilt the river should be taken only after taking the traditional fishermen into confidence.

A villager will be on the vessel during the desilting which will be done as per his instructions as he will be monitoring it, he said adding that they are trying to get the company to pay him for spending time on the vessel.