Trapped by pandemic, most Goans abroad arranged own travel home

Vande Bharat Mission brought only 10% of returnees; Other flights arranged by either companies or individuals themselves 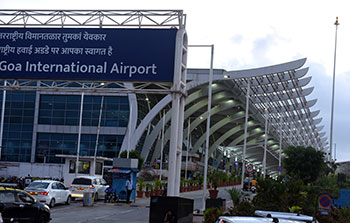 PANJIM: Since March 22, when the country went into a lockdown and international air travel stopped, there have been Goans stranded abroad who have had to fend for themselves as the State or the Centre came to be of little help. After landing in Goa their woes did not end and they complain of being milked by the government in the name of SOPs and quarantine.

As per data available, 11,067 Goans have been repatriated to Goa till date, of which 7939 are seafarers and 3128 are non-seafarers. Of these 11,067, merely 1246 came on the Vande Bharat Mission flights of the Central government.

The Vande Bharat flights came from Dubai, Muscat, Sharjah (2), Ras Al Khaimah Kuwait and London (3). Another 6667 have come by chartering their own charter flights or having companies employing them make the arrangements.

Sachin Veluskar, a Goan in the Cayman Islands, who facilitated the travel of Goans back home, said the people were struggling in the island with no jobs and return flights. “We spoke to the Embassy for days but all in vain. Finally we arranged charter flights from various places like UK, US etc,” he said and added, that no support came from the Indian Embassy. “Many had become broke and other Goans contributed for their food,” he said.

Savio Carasco who is still in Bahrain waiting for his chartered flight to take off on August 3, says the Vande Bharat Mission did not accommodate them. “They were considering Kerala natives first and we here jobless now are struggling. Is this the way you treat your citizens?” he asked, thanking the Indian associations that helped them book tickets on charter flights.

Information given by the Office of the Commissioner of NRI Affairs states that 6544 Goans registered on the NRI portal, of which 6097 indicated that they wished to return to Goa.

“447 Goans indicated that they are not interested to return back. The said data was collected with the confidentiality clause that it will be for official record only and will not be disclosed in public domain. The data is available only on NRI portal. The Director General of Shipping, Govt of India has the data of seafarers. 7939 seafarers who were stranded were later repatriated. Other details as sought, are not separately maintained,” the Office of the NRI commissioner said.

The Commission said that those who entered Goa have been quarantined as per the SOPs of the Central government.

Anita Sequeira, from Moira says she returned with her family in July on a Vande Bharat flight from London and had to go through tedious procedures. “We had to wait in hotels for almost a week as reports did not arrive. We were paying Rs 2500 per day per person,” she said.

Richard Pinheiro from Saligao asked whether the quarantine is a scam. “Why not send the people home with a stamp. Why make people wait for days together in hotels?" he asked.

However, interestingly, in an Assembly question, CM Pramod Sawant replied that the government has no data of charges taken from those quarantined.

“The break-up of quarantine days-wise is not available. The charges for institutional quarantine are collected by the respective establishment and the details are not maintained by this Department,” the CM told the Assembly.