Turncoat Trajano, turns the heat against his former party, slams GPCC president and others

Alleges that congress leadership working to bring BJP to power; Says Girish was aware of Reginaldo’s visit to ‘do fixing’ with Devendra Fadnavis 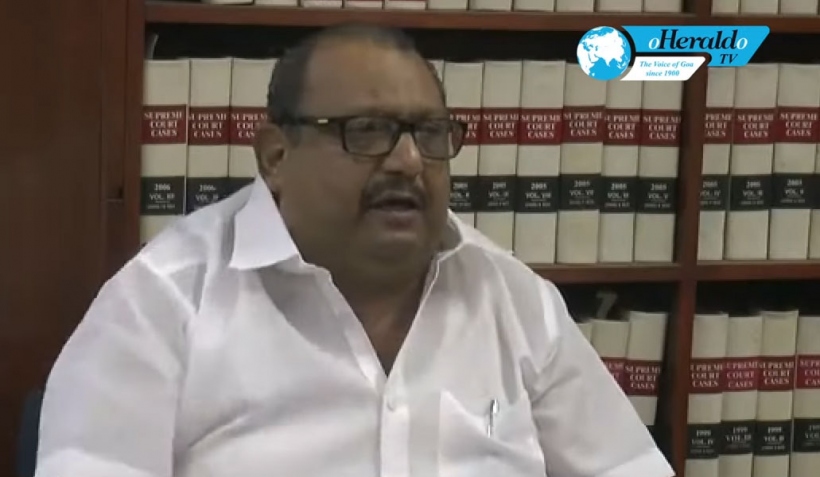 Briefing newspersons after he was expelled from the Congress party for anti-party activities, D’Mello accused Chodankar of working to bring the BJP back to power in the next Assembly elections. He alleged that one of the spokespersons was told not to speak against casinos operators and to consult the Leader of the Opposition Digambar Kamat and Dinesh Rao.

D’Mello also targeted GPCC working president and MLA Aleixo Reginaldo Lourenco saying that he had gone to do fixing with BJP election in-charge Devendra Fadnavis at a city hotel around midnight. Chodankar was aware of Lourenco’s visit and alleged that the former would have done the match-fixing with the BJP, he said.

D’Mello said that it was surprising that Lourenco who had accused Chodankar of alleged mismanagement of party funds and declared that he would not step into the Congress House till the president was replaced was now working under him.

D’Mello questioned how Dinesh Rao, who was involved in alleged corruption, could investigate Chodankar. He said that he wrote many letters to Chodankar requesting him to come clear about the party’s stand on various issues but he never responded in any form.

D’Mello said that he had also brought to the notice of Chodankar that Leader of the Opposition Digambar Kamat had not attended against illegal construction in the protected area at Old Goa and alleged that one of the perpetrators of this illegality was his dealing agent.

Stating that his expulsion from the party was to silence the truth, D’Mello said, “Chodankar had told me that he will act against a leader from Mormugao taluka involved in not fielding a party candidate for Sancoale Zilla Panchayat (ZP) election. But later I found that he made a truce with him for not fielding the candidate.

D’Mello said that he had told the GPCC chief to change his attitude towards the minorities failing which it would be against his conscience to remain a silent spectator.