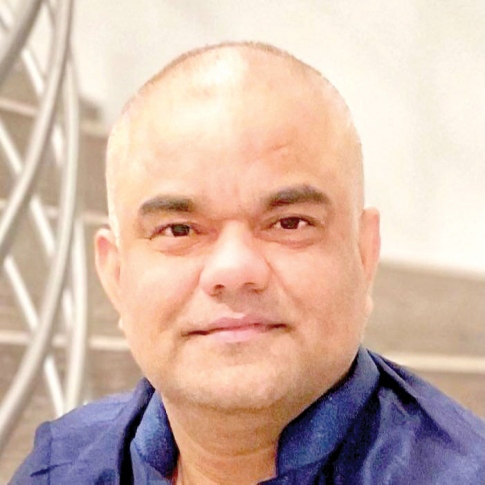 MARGAO: The dream to see Konkani in the Google Translate Service has been realised, and a major part of the credit goes to Sanjeet Hegde Desai, son of the soil, working in Google, as Senior Manager Business Systems, who pushed this to the Google managerial board. Desai was earlier with Oracle and Accenture before moving to Google in 2013.

Simultaneously, the initiative started in 2019 by Chetan Acharya, then president of the Konkani Bhasha Mandal and a Konkani activist, who was repeatedly in contact with Desai to push the project forward, cannot be ignored.

“The process was initiated in December 2019 when I was president of Konkani Bhasha Mandal, Goa. One of my friends, Sanjeet Hegde Desai, son of the soil, working with Google in the US pushed this thought to the managerial board,” Acharya told Herald.

He said that it is a lesson to those who always try to demean Konkani. “We always try to defend ourselves by our work. This initiative will definitely help translators, language learners and also the common people. Since the mobile has its space in every hand, I would say Konkani has reached every hand, what is needed is everyone has to start using it. It is a great pride for Konkani lovers that Konkani has appeared on Google Translate,” Acharya said.

In reply to queries from Herald, Desai said, “It is personally exciting to see Konkani being available on Google Translate. It was more than a yearlong process, from the moment of having logged a request, to it finally being available. All credit to the incredibly talented team of software engineers at Google.”

He added, “It was a learning experience for me personally, to see the sheer number of Konkani dialects spoken across various States and realise how they represent our cultural evolution and history.”

Anwesha Singbal, president of Konkani Bhasha Mandal said it is immensely satisfying news that Google has added Konkani to the list of Google Translate features. “It is important that a language like Konkani that has comparatively less

speakers hold its fort in the technological world. The addition of Konkani in Google is therefore a welcome step, and I am sure it will help people the world over to communicate better in the language,” she said.

She said Konkani people across the world have always strived to preserve their language and this feature will assist them in their endeavours. “We are also making rigorous efforts to promote Konkani in Wikipedia and Wiki-Source so that our language does not lag behind in any manner,” she added.

Gulab editor Fausto V Da Costa, said will be a very big boost to Konkani and its writers irrespective of their script. “The Konkani language will have a very wide reach in this digital era. But writers will also need to work hard to create rich and quality literature that will match national and international levels. This is a boost to the Konkani literature and writers because their work will be read by varied readers Indian languages as well as foreign languages. Thus a quality writer of Konkani will be recognised nationally as well as internationally,” Da Costa said.

He added that with this Google Konkani translator, writers as well as readers, will be able to freely access literature of famed national and international writers of their choice and read it in Konkani.