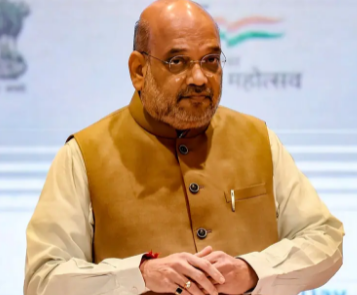 PANJIM: Union Home Minister Amit Shah’s two-day visit to poll-bound Goa begins on Thursday, wherein he will address party workers gearing up them for the elections due early next year.

Shah is arriving in the coastal State to inaugurate the State Forensic Science Laboratory, perform puja for the forensic university, after which he will also address a public meeting. His packed schedule comprises meeting with top functionaries of the State government.

The Union Minister’s visit ahead of the polls attains importance as he is likely to pacify some of the party members, including sitting and ex MLAs, who may be unhappy. There is also speculation of a possible alliance with MGP.

Shah will interact with Ministers, MLAs, the BJP core team and other leaders to gather a view of the party’s election preparations in the State.

Shah will be accompanied by Union Home Secretary Ajay Kumar Bhalla, Additional Secretary Punyasalila Srivastava and other officials from the ministry.

Soon after his arrival, Shah will perform ‘Bhoomi Pujan and Shilanyas’ of the National Forensic Sciences University (NFSU) permanent campus at Dharbandora and will inaugurate a transit campus of NFSU at Curti in Ponda.

He will address a public gathering at Dharbandora thereafter.

The Union Home minister is on a 15-day visit to Goa, Jammu & Kashmir, Andaman and Nicobar Islands and Uttarakhand.