Up to 8 mining blocks to be auctioned by Dec 15

Process to be carried through Goa Mineral Development Corporation (GMDF); State Bank of India to be onboard 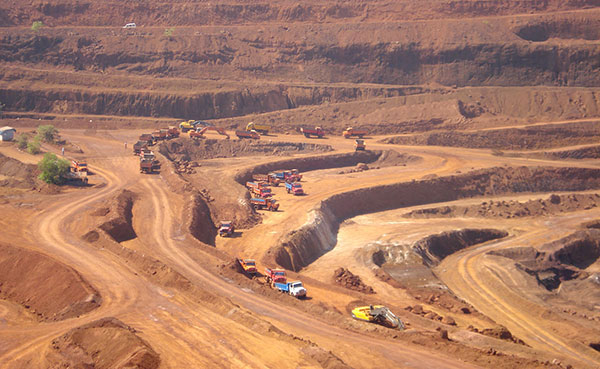 PANJIM: Chief Minister Dr Pramod Sawant on Wednesday announced that six to eight mining blocks in the State would be auctioned before December 15 this year.

Speaking to the media at the Minister’s Block, Porvorim, Sawant said that the auction process would be carried through the Goa Mineral Development Corporation (GMDF). However, State Bank of India (SBI) too would be onboard, he said.

Sawant said that the government has sought the help from the Mineral Exploration Corporation Limited (MECL) in identifying the leases to be auctioned. On July 19 this year, Directorate of Mines and the Mineral Exploration Corporation Limited (MECL), a public sector undertaking from Nagpur had signed a Memorandum of Understanding (MoU) for carrying out exploration of mineral resources and allied works by conducting an array of geo-scientific exploration and finalise mineral blocks to be auctioned in the State. MECL will also establish the State’s mineral inventory.

The Chief Minister said that the MECL has already started the initial work of geological mapping and field related studies for demarcating the mineral blocks by collecting data in the field and will soon submit its report to the State government for auctioning of the blocks.

Mining operations in the State have been stopped since March 2018 after the Supreme Court quashed the second renewal of 88 mining leases and ruled that fresh leases be allotted through auction if mining is to restart.