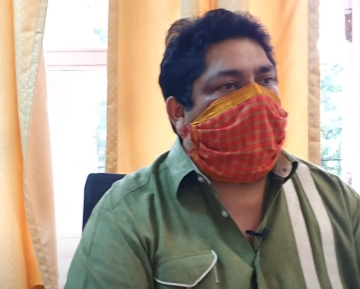 margao: Curtorim MLA Aleixo Reginaldo Lourenco has said that his doubts have been completely cleared about the fact that the process for acquisition of Land for Double tracking of SWR Hospet-Vasco Line under Railways Act has started due to the tacit support of the State Government.

He referred to the reply he received from the Union Railways Minister Piyush Goyal.

“As far as invocation of land acquisition under Railway Act is concerned, the same has been based on discussions held with Chief Secretary Government of Goa, during the review meeting conducted by the Goa Chief Minister, Goa on Dec 4, 2019; and in compliance to the discussion held with the Goa Chief Minister, (wherein) three Gazette Notifications for Land acquisition under Railway Act have been published in February, March and April,” read the letter, as stated by Reginaldo.

“With double tracking, the enabling of the coal hub and transportation corridor in Goa would be complete,” Reginaldo pointed out further.

The Congress MLA reiterated his demand and the demands of the locals to scrap the double tracking project in toto for the sake of Goa and the future generations of the State.