VACADST firm on not allowing doubling of track project 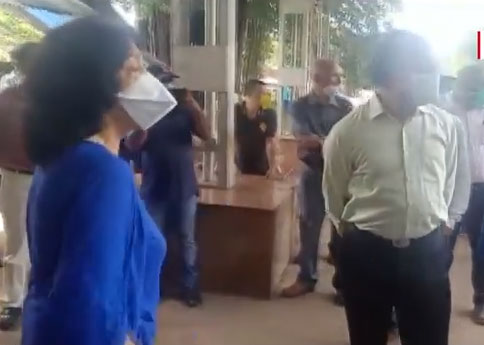 Vasco: The Villagers Action Committee Against Doubling of SWR Tracks (VACADST) condemned the hasty move of not intimating the local MLA and residents about the site inspection and resurvey of the railway tracks. Committee chief opined that the govt is not serious about re-surveying SWR alignment through villages of South Goa and made it clear that the villagers will stand firm on their decision and won't allow doubling of the railway tracks.

In a press note, Orville Dourado Rodrigues, VACADST Chairperson said, "it appears that the Government of Goa has not given much importance to the re-survey of the SWR alignment through the villages of South Goa including Cortalim constituency which was scheduled for July 2 as the MLA of Cortalim constituency and the members of the Committee were not intimated in advance about the time and the venue from where the re-survey was to start".

"Unfortunately, no advance intimation was given and on July 2, at around 9.30 am a telephonic call from the General Manager of the Railway Authority informed the MLA's office that the team to inspect the tracks had already arrived (minus the DSLR representatives) and were awaiting for the arrival of the villagers' Action Committee members along with the local MLA", he said.

The VACADST members also said they will not allow the Government to destroy Goa and its environment and making life more miserable for the villagers and said that it would lead to further destruction of their homes, their environment and their heritage.