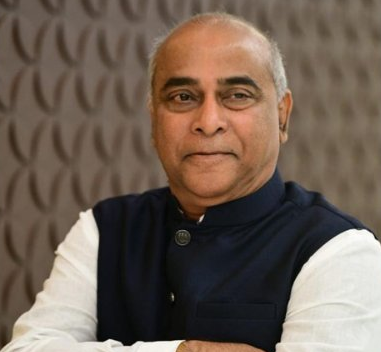 PANJIM:  A video of a party attended by Tourism Minister and Pernem MLA Manohar Ajgaonkar has gone viral on social media, with many being critical of the Minister’s behaviour at a time of a pandemic.

In the video, Ajgaonkar, who is wearing a mask, is seen dancing to a song with others, many of whom however were not wearing a mask.

The video, which went viral in the day, had social media users point out that this is taking place at a time when the State and country is suffering given the record high number of cases and deaths.

Responding to media persons, Ajgaonkar defended his actions and said it was a close family affair only and no outsiders were there. He maintained that the crowd was within the permissible limits and that the function was his brother’s daughter’s haldi ceremony.

He reiterated that ‘enjoying’ a ceremony like a wedding of a close family member is allowed and pointed out that there were no invitations given to anyone for his niece’s wedding, which took place on Sunday.

He reiterated that it is all his family members only and the numbers were very small and it wasn’t a large gathering as some have claimed it was.

It may be recalled that the as per the new SOPs, no more than 50 people are allowed for wedding functions.

The tourism minister along with the Chief Minister who had announced the new SOPs are also facing criticism for not imposing restrictions on tourists visiting the State despite demands for it.

Reacting to the development, BJP State president Sadanand Shet Tanvade said he will be speaking to Ajgaonkar after seeing the video. He added that he had personally avoided all weddings to which he had been invited for, given the government’s restrictions till April 30 to curb the infection spread.