Cost of participating in virtual WTM London comes to 25 pounds; Tourism Minister says Goa has not registered due to ‘financial crisis’ 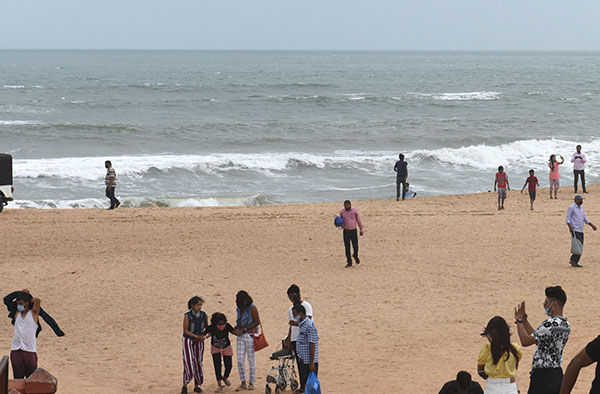 PANJIM: Goa Tourism is all in favour of face-to-face marketing of the destination and not of the virtual kind, even if the latter is way more economical.

After years of travelling to various foreign destinations to ‘participate’ in international travel and trade marts, Goa’s Tourism Department has now kept away from making a presence at the World Travel Mart (WTM), London that is scheduled to be held virtually from November 7 to 11, 2020.

The COVID-19 pandemic has brought to a screeching halt various activities across the globe as regular international travel is also suspended in many countries.

While the WTM London has decided to not let go the opportunity and will host the event with a twist, Goa has shown no interest in attending the virtual meet.

Sources, closely monitoring international tourism-related shows, confirmed to Herald that the virtual session costs approximately 25 pounds, which is multiple times less than the cost spent on a single foreign trip.

“Goa has not participated in the virtual WTM despite it being a good market at a very affordable cost of around 25 pounds. Is it because nobody is benefitting financially for a jaunt like this?” the source questioned.

Herald spoke to Tourism Minister Manohar Ajgaonkar, who confirmed that Goa has not registered for WTM 2020 due to the ‘financial crisis’. “We are not participating this year owing to COVID-19 and

financial problems. We will soon hold a meeting to decide if we should participate in the other upcoming trade and travel shows,” he said.

According to sources, the bill for participation at a WTM, including travel, stay and other expenses, would amount to Rs 1 cr. Compare this to the approximately Rs 25,000 that Goa would have spent on participating in the virtual WTM London.

Travel and Tourism Association of Goa (TTAG) has opined that the government needs to decide about participating in the virtual meet as marking one’s presence would be a good option.

“Throughout the world, tourism has come to a standstill. Government needs to take a call on whether or not to participate and in what way it will benefit the market. In any way, B2B meetings are on everywhere,” TTAG president Nilesh Shah said, adding, “I personally feel it will not make much of a difference by not participating but if done so, it will be good because it will make our presence felt.”

TTAG conceded that the present scenario is challenging, and it would likely remain for the next 4-5 months.

Herald also spoke to a few stakeholders, who admitted to not being part of the ensuing mart in London. Ernest Dias, Chief Operating Officer of SITA Travels said, “People are apprehensive about how the virtual session will work out as it will be the first time ever.” He was also of the opinion that “one-to-one contact is better than a virtual one”.

Sheik Ismail, Vice President of Concord Exotic Voyages had another reason for not participating. “Till date there is no clarity about when international air travel will open. During the session, we will be definitely asked about opening up of international flights. The agents are also writing to me on the issue. So attending the session is a waste of time when we have no answers to all this,” he said.

Until last year, the State had been participating in almost all major international events, including the WTM London held from November 4 to 6, 2019. The foreign trips were justified by the Tourism Department as measures to tap the tourism potential and attract visitors to the State.

In August 2019, different tourism delegations had confirmed participation in at least 10 international events. While the Goa delegation flew to such event hosting countries in 2019, those marts in 2020 were cancelled as COVID-19 began to hit countries rapidly.