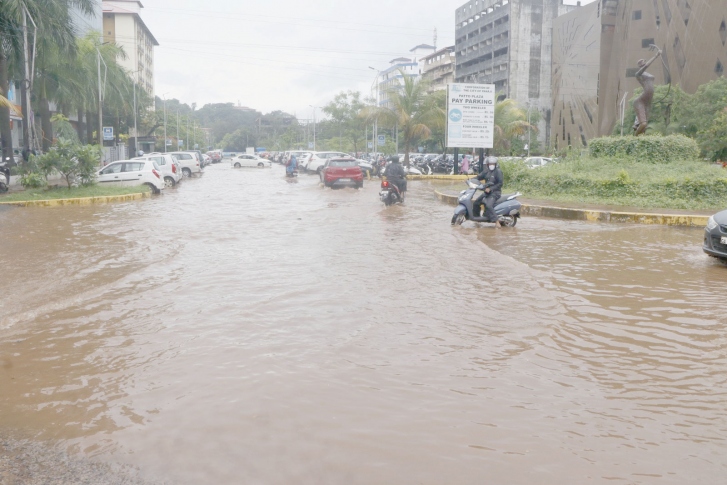 PANJIM: The KTC bus-stand road and the road in front of the Corporation of City Of Panaji (CCP) in the State’s capital was waterlogged following heavy showers, which forced the vehicles to move at a snail’s pace on a busy city road on Thursday.

Stating that the waterlogging is an effect of incomplete pre-monsoon works, the opposition councillors slammed the CCP saying neither Mayor nor the Commissioner was available in the month of May, when pre-monsoon work was expected to be ready.

Former Panjim MayorSurendra Furtado said the pre-monsoon work was supposed to start in January-February. “There are several critical points in Panjim that flood each year which need to be inspected. The corporation should work towards finding a permanent solution,” said Furtado.

He appealed to the State government to intervene and inspect such points and depute a special committee to resolve this issue. He said, “Today it rained for just a couple of hours and the roads got flooded. The situation will surely get worst upon its full arrival.”

At this time, Furtado also pointed towards CCP's failure to complete the pre-monsoon work.