We are losing 50% of business due to road closures: Panjim businessmen 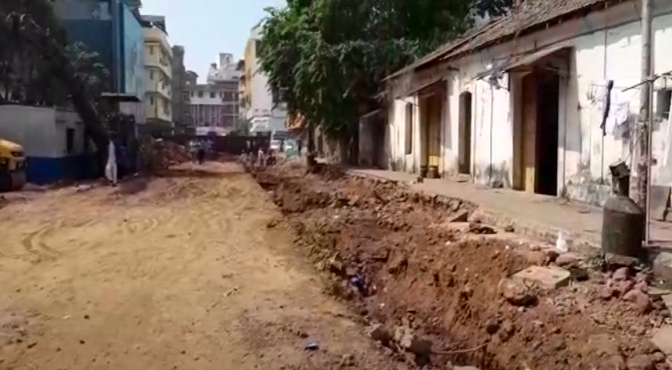 PANJIM: With the State’s capital dug up beyond recognition, Panjimites, businessmen and visitors have been inconvenienced on daily basis due to the digging of major roads in the city. However, Mayor Rohit Monserrate, admitting and regretting the inconvenience has set a clear deadline of March 31, for the completion of all Smart City works (see report on top of the page).

Some businessmen even complained of having lost 50 per cent of their business due to road closures.

Prominent businessman Manoj Caculo in a strongly-worded post on social media wrote, “Sorry to say, but are Goan public in general and Panjim residents, in particular, being taken for granted in the name of the Smart City? The whole city is in a mess with no commitment of time frame for restoration to normalcy.”

“It’s high time that the authorities realise this and do not take our silence and tolerating nature as our weakness. More and more blockages on the roads by the day, shame on the planners,” Caculo wrote on a social media post.

A Panjim resident said, “No system is being followed while undertaking works. Roads are being dug, sewerage lines are left open, and water pipes are damaged. This has caused a lot of inconvenience to us.”

A city hotelier Gaurish Dhond said, “Inconvenience is caused as all the digging works have been taken up at once. A lot of businessmen have lost their businesses due to road closures. This work needs to be finished within two months as the people are losing their business. In case of disaster or emergencies the vehicles will not reach the spot on time,” he added.

Even the CCP Councillors have gone ahead in demanding immediate measures to resolve the issues faced by the people in Panjim due to these works.

Ex-Deputy Mayor Vasant Agshikar demanded that the Mayor should immediately form a committee under his chairmanship to monitor the smart city works.

“Commissioner, Municipal Engineer, Traffic Police Inspector, including all officers from the different departments who are involved in these projects should be included in this committee,” he demanded.