When Hyderabad’s narco cops realized that to clean their city of drugs, they had to clean Goa 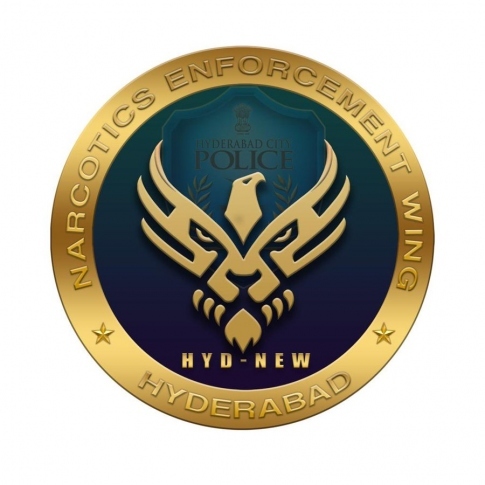 ANJUNA: Three separate cases and three arrests. It took one of the finest anti-narcotics forces in the country under the overall supervision of Police Commissioner Hyderabad CV Anand to conclude that to clean Hyderabad, the drug lobby in Goa had to be crushed. Of these three, two were in the Goa police net but managed to get out on bail.

This is the story of three arrests of the last of them, which was affected in the first week of September, which led the Narco cops to finally conclude that a ground-level operation in Goa with their best officers was the need of the hour.

With interrogations throwing up more leads and names the H-New team had to hit the ground running in Goa. While they have achieved just one arrest of “Steve”, he is seen as too big a player as a result of which the drug syndicates are believed to have gone underground or hurriedly filed anticipatory bail applications.

One is the end supplier on the chain controlled by drug lords- Pritesh Narayan Borkar. The second is a Nigerian interstate drug supplier - Osigwe Chukwuemeka James, 37, who came to India in November 2021, on a fake passport in the name of Alamanjo Nmasichukwuand. The third and perhaps the most dangerous is Narendra Arya, the guru of the dark web, who ran an intricate non-contact trading network of nationwide drug procurement and drug supply throughout the country, in a contactless manner. Arya goes by his nickname or online name Holy Shop

Arya was actually arrested in September 2, after Pritesh Narayan Borkar along with one Farhan Mohammad Ansari from Madhya Pradesh, who moved operations to Goa.

What is common to all three? All have been arrested at various times this year by the crack Narcotic investigation team of the Hyderabad police. More importantly, Borkar and Arya are fully Goa based while the Nigerian Osigwe, last arrested under the name, Alamanjo had a base in Goa from where he used to travel and trade in drugs.

According to some of the key sleuths who were together a part of all three cases, the unconnected interrogation that there has led to a strong Goa connection emerging:

Arya runs the equivalent of an online drug trading empire. Based in Goa, he networked and connected an assembly line of countrywide drug manufacturers to suppliers and suppliers to buyers. Having the largest database of all three categories, decoding Arya’s network was crucial which the H New team did. Hyderabad Police Commissioner CV Anand had earlier said that Arya has over 450 customers on his database. He took the online code name of Holy Shop

But his biggest “asset” is the database of procurers (those who source the drugs and work out the logistics of their movement across the country and that of end suppliers of drugs across cities in India. “For example, if someone wants high-quality cocaine in Hyderabad, his request would be recorded and uploaded. And then suppliers of cocaine would act on the requirement and respond and if the deal is completed, someone from the supplier network Arya’s would be connected to the procurer. After this payment would be secured from the buyer through crypto currency platforms like Binance and WazirX

“His entire operation was run from Goa where he moved to. Importantly he used the dark net for transactions and then moved to a legit above-ground encrypted messaging app called Wickr me, which is now being used for drug and banned substances transactions”, said an officer of H-NEW

This was after traditional online market places for drugs like Silk Road and The Farmer’s Market, (code names of trading platforms of banned substances on the dark web) were closed

Arya was caught in a secret operation where he was almost lulled into travelling to Hyderabad and picked up after his arrival.

2. The Goa-based Nigerian with many names and passports. Caught by Hyderabad’s narco cops

Osigwe Chukwuemeka James, 37, who came to India in November 2021, on a fake passport in the name of Alamanjo Nmasichukwuand

Osigiwe broke away from another drug syndicate and formed his own syndicate.

He was arrested by the Goa police in March 2022 but was released on bail three months later.

He did a lot of business in Bangalore and then to Hyderabad. After getting trapped and arrested by H-NEW, his interrogation revealed that he had a database of around 400 customers of which 108 were in Hyderabad alone

They also figured that these drug dealers spent a lot of time in Goa and have a base and network there that needed to be tapped, seeing the large presence of Nigerians in Goa, with allied connections especially in Bangalore and Hyderabad, mainly in student-centric areas

3. Priteesh Narayan Borkar A Goa-based kingpin with a kingdom of close to 1000 customers. Has 2 other names: @ Babu @ Khali

The accused Priteesh Narayan Borkar was also caught red-handed by the Panjim Narcotics Department for which a case in Cr. No.26/2014 under NDPS Act was registered against him.

However, H New was actually shocked to see the number of people drug consumers in Borkar’s phone contacts, identified by Borkar himself. Once these numbers were grouped, analysed, and called, 108 were found to be Hyderabad-based consumers.

Hyderabad Deputy Commissioner of Police Sunitha Reddy (IPS) who led the Goa operations said, “So these were three independent investigations based on which we proceeded, which had Goa connections. Our mission under CP CV Anand sir was clear. We will not allow our future generations and children tom get destroyed by drugs and had to clean up the system. We will go anywhere to go to the root of the menace to protect people in our city and state. And our operations have just started.”